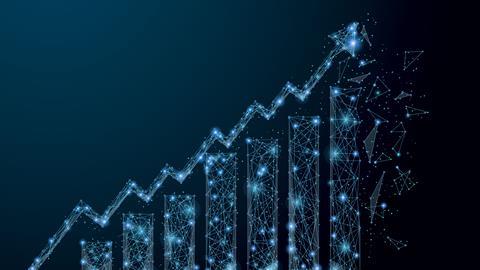 Published today, The UK’s top 30 growth retailers 2018, produced in association with O2 Business, ranks retailers that have generated sales of at least £25m in their latest available accounts and have reported three years of consecutive sales growth.

With sales of £151m in 2016, luxury retailer Farfetch sells products from more than 700 independent boutiques and fashion labels globally.

Although it has yet to reach profitability – and generates significantly less revenue than competitors such as Yoox Net-a-Porter – sales grew 65% in its most recent financial year.

Farfetch’s digitally led experiential approach is becoming the modern face of retail, creating a frictionless experience that’s important not only in the luxury sector

But the fashion portal’s ongoing evolution is also being driven by its Store of the Future concept, currently being trialled in London.

This digitally led experiential approach is becoming the modern face of retail, creating a frictionless experience that’s important not only in the luxury sector. 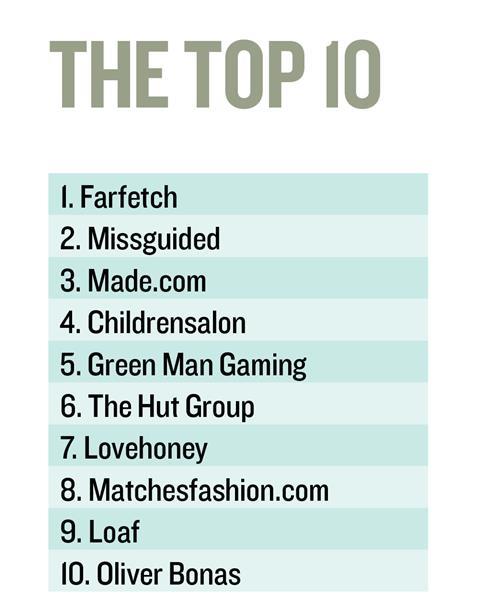 UK fashion etailers account for half of the top 10, reflecting their huge pace of sales growth, with Missguided and Childrensalon coming in at number two and four respectively.

But omnichannel retailers are not to be overlooked. Smyths Toys, Lush and Mountain Warehouse all rose up the ranks in this year’s list, proving face-to-face interactions are just as vital a part of the customer experience in today’s digital era, with technology aiding in-store employees and consumers alike.

This year’s ranking also sees five new entrants, with Dreams, WiggleCRC, Moonpig and Kurt Geiger all making it on to this year’s list.

Retail giant Amazon is the fifth new entrant, showing that rapid growth is possible despite its colossal size. 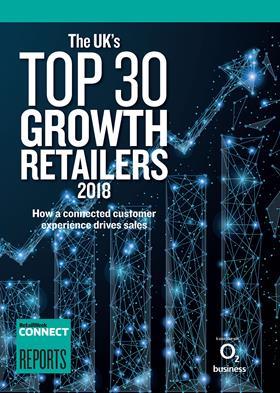 Read the full report to discover the strategies that are driving growth at the UK’s fastest growing retailers.

O2 BusinessHelping organisations adopt digital communication solutions to transform how they work, supported by the UK’s most reliable mobile network.