Tesco is donating profits it makes from the ‘ice bucket challenge’ craze sweeping the country to charity and is nominating rivals to do the same. 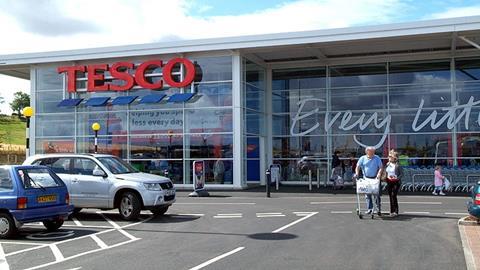 The supermarket has committed to donating profits it makes from an increase in ice sales to the Motor Neurone Disease Association. The donation currently stands at £20,000.

Ice sales are surging on the back of the ice bucket challenge, which involves individuals pouring a bucket of ice water over their head to raise awareness and funds for charity and nominating friends to do the same.

Tesco has nominated Asda, Sainsbury’s and Morrisons to donate profits they make from the surge in ice sales to the Motor Neurone Disease Association.

Asda has already accepted the challenge in a video featuring the mankini-clad gnome that features in its advert and in turn nominated Lidl and Aldi.

Asda nominates Aldi and Lidl to do the ice bucket challenge

Greg Sage, community director for Tesco, said: “The ice bucket challenge has done an amazing job of raising awareness of motor neurone disease – an incredible number of people all over the world have taken part, including a huge number of Tesco colleagues.

“We’ve seen a big increase in sales of bags of ice as a direct result of this phenomenon, and we want the Motor Neurone Disease Association to be the ones to benefit.”

Tesco claims it sold over 36 million individual ice cubes over the last week alone, representing a significant increase on the number of sales in a normal week.