Staples is launching a ‘Back to School’ TV ad campaign this weekend, as it seeks to drive footfall and sales in “a very competitive retail space”. 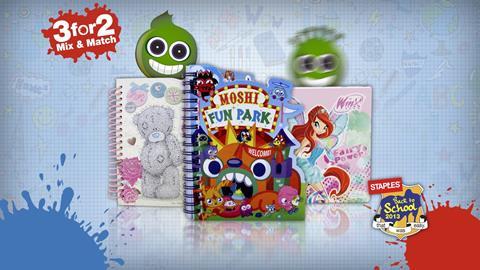 Comedian Matt Lucas provides the voiceover for the ad, which will air on digital channels including E4, ITV2, Sky Kids and the Disney Channel.

The ad, which features Staples’ animated cartoon characters Spot and Sprinkle, will be supported by advertising across radio, digital and the national press.

The big box office supplies retailer aims to take advantage of the period from now until the end of August to push sales of its school essentials through its ‘three for two mix and match’ offer.

Staples head of retail marketing Louise Barber said the retailer is offering its largest ever Back to School range.

She added: “By promoting our competitive deals, our aim is to drive footfall, increase volume sales and attract new customers in what has become a very competitive retail space.”