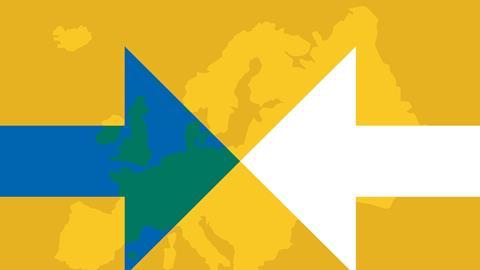 Consumer 2018: How Brexit will change how we shop

Brexit has left Britain divided. But how will it change how the nation shops? Retail Week investigates Brexit’s impact on consumers in 2018 and beyond.

Brexit has split the UK, with neighbours categorised as Leavers and Remainers, whereas family members and close friends as “Brexiteers” and “Remoaners”.

But whether you reacted to the news that Britain had voted to leave the EU with shock or jubilation, we all face an uncertain future.

In terms of its socioeconomic impact, it’s the most significant event since the Second World War, and every industry will be challenged by the UK’s acrimonious divorce from the EU.

“We can’t envisage life in the 21st century without being in Europe, we don’t have a comparison point”

Will Higham, Next Big Thing

Retail in particular faces more hurdles than many as it bears the brunt of any spending cuts.

Business leaders and consumers alike are clamouring for clarity as Britain remains in a state of limbo. Most people cannot remember a time when the prevailing mood was so uncertain.

“Part of the issue here is the mixture of not having a clue as to what’s going it happen – because even the smartest economic and political minds don’t know,” says Will Higham, founder chief executive of trends consultancy Next Big Thing.

He explains that, in general, consumers find it easy to get their heads around incremental changes but very difficult to process radical change.

“We can’t envisage life in the 21st century without being in Europe, we don’t have a comparison point,” he says.

He believes that uncertainty will lead to consumers being reluctant to spend. Exclusive research for Retail Week found that 18% of shoppers say that have spent less following the referendum vote, but conversely 12.5% said that they had spent more.

“There’s a wariness of not retaining liquid assets,” Higham continues. “It’s not wanting all your money to have gone on objects if the economy does plunge into uncertainty between now and March 2019.

“The desire not to overspend has gone up and people are trying to ease away from borrowing and debt. It’s fear.”

That fear is also picked up on by consumer journalist Harry Wallop.

“There is obviously fear,” he says. “And Brexit has already had an effect; there has been some cutting back on spending. But it’s difficult to dissect how much of that is fear or if it’s down to longer term trends such as experiential spending.”

No matter the current cause, he believes that spending growth will fall in the next year. “It takes a while for people to wonder why they’re more overdrawn than last month,” he says. “But it will happen.”

Lessons from the recession

The Great Recession began less than a decade ago, kickstarted by the Northern Rock crisis – the first run on a British bank for 150 years.

That was swiftly followed by the collapse of Lehman Brothers in the US and, in January 2009, the official declaration that Britain had entered recession. If reading that makes you shiver slightly, you’re not alone.

The recession has cast a long shadow over modern Britain and has changed consumer behaviour for good. It also means that the consumer can easily associate negative connotations over Brexit with the “will we, won’t we” uncertainty of falling into recession post-credit crunch.

“The desire not to overspend has gone up and people are trying to ease away from borrowing and debt. It’s fear”

Will Higgins, Next Big Thing

Previous financial woes have taught us lessons – although they’re not necessarily welcome ones.

“Something has to give,” says Wallop. “Inflation has kicked in. Ok, it’s low but if wages stay the same people will have to give something up.”

The same dynamic played out during the recession, when the standard morning cup of coffee, the rarely-used gym membership and the ready-made lunch went out the window.

However, over the last 10 years the ready-made lunch sector has boomed in response to the population being busier than ever (Pret’s sales rose 15% in its last year, for example). While the fitness and wellness industry is so on-trend it has spawned its own clothing category in athleisure.

That, together with the current vogue for experiential purchases, suggests that consumers will be loathe to give up either of the categories they’ve come to rely on and may instead opt for fewer clothes and big ticket purchases.

Many retailers will associate consumer anxiety with older shoppers and believe those younger to be carefree, but Higham believes that this approach is mistaken and that Gen X consumers – those born roughly between 1963 and 1982 – could be incredibly wary as we head towards Brexit.

“Consumers may instead opt for fewer clothes and big ticket purchases”

“They say anyone who is young or an adolescent during recession is more financially wary when they grow up,” says Wallop. “It’s very powerful psychologically if you’re a child when the money dries up. It really hits you.

“Gen Y grew up in a time of plenty while Gen X grew up during the recession. As a consequence, that generation is less naïve, they have slightly lower expectations and are more savvy. They are children of the recession.”

There’s been a lot of noise around which retailers might win spend as Brexit approaches, with value retailers and higher quality retailers each fighting their own corner.

“Primark is a business you want at these sorts of times,” said finance boss at Primark-owner Associated British Foods John Bason confidently post-referendum.

His words were echoed earlier this year by B&M boss Simon Arora.

“In these uncertain times, and with inflation returning to the UK market, more and more shoppers are actively seeking out value,” he said in July.

“There’s a thesis that people will go towards value, but that’s not our experience,” he told Retail Week.

“There are different ways to track the UK economy and different groups of consumers behave in different ways, but what we’ve seen in difficult times for the economy is a flight to quality.”

Higham, for one, believes that we could see a return to budget buys, but says that expensive retailers should not despair.

“While it might seem as though the current uncertainty could last forever, there are certain socioeconomic factors that could bring matters to a head equally abruptly as any political pronouncement”

“Just after the last recession, it was all about cheapness,” he says. “So I do think cheapness could return. It’s all about keeping spend down and your assets liquid.

“But the last 10 years have made the consumer so much savvier than they were pre-recession, so they won’t stop being quality-led. They will need to balance that with the short-termism – yes, it might be a good investment but it’s still a big outlay.”

Essentially, more expensive retailers will want to push the value of their good quality products and, if applicable, tap into the lipstick effect: a luxurious but relatively inexpensive treat will allow consumers – especially Remainers – to forget their woes.

While it might seem as though the current uncertainty could last forever, there are certain socioeconomic factors that could bring matters to a head equally abruptly as any political pronouncement.

“Job losses; inflation beyond 4% or 5%; a big name – something that people love more than BHS as well – going bust,” says Wallop. “Those are the things that have a big psychological effect.”

For now, some retailers are beginning to fret over Christmas, especially amid opposing spending predictions.

While Deloitte estimates that shoppers will up their Christmas spending 1.8%, Visa believes that spending will dip 0.1%, with high street stores bearing the brunt of the decrease.

Christmas has historically been a time for consumers to treat themselves, especially if the world outside is depressing or unnerving.

Higham agrees with this assessment and believes that the consumer, especially those who voted remain, will need the Christmas cheer this year.

While a good Christmas, in turn, should cheer retailers up, it’s worth bearing in mind the dynamics that could begin to play out next year.

As consumers become increasingly likely to tighten their belts, retailers need to ensure that offer is one that consumers cannot do without.