As prime minister Theresa May successfully overcomes a vote of no confidence, retail leaders have weighed in on another week of Brexit drama.

May has gone back to Brussels to attempt to renegotiate the Brexit deal with a decidedly uncompromising EU. So, what does this latest instalment of chaos mean for retailers during the vital final weeks of trading before Christmas and into 2019?

One retail chief executive tells Retail Week: “Frankly, I am astonished that the Tory party has attempted to unseat the prime minister when she is clearly acting on the will of what the country wants to do. 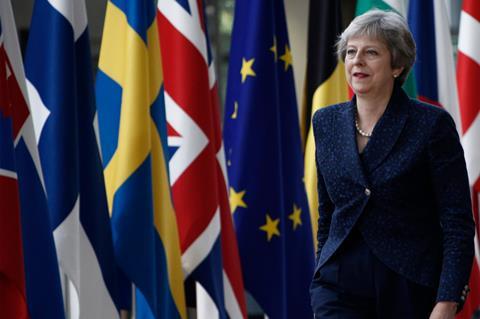 Theresa May has been attempting to get concessions from the EU

“Ironically, a week ago in Downing Street, she was getting chief executives to try and drive things forward. And her own Government is trying to do this. It is not focused, it is not purposeful, it is not helpful, it is chaos.”

Debenhams and Maison du Monde chair Sir Ian Cheshire says although the attempt to unseat May was a distraction, her winning support from the majority of her party does have value in an increasingly precarious political environment.

“It is a very good and important step for her to win the vote because it removes one element of the uncertainty but the task remains the same – how to Brexit without a no deal,” he says.

“Avoiding that is now the key question, the real challenge will be what else the EU can offer and how you get it through Parliament, but this is a step in the right direction.”

For many retailers, whether or not the UK successfully negotiated a deal with the EU was almost beside the point – rather, clarity of any kind on the political landscape for next year was deemed essential.

Sports Direct deputy chief financial officer Chris Wootton says: “We can obviously put in as much as we can to protect ourselves from Brexit whichever way it goes. There are measures we can take such as managing currency fluctuations or adding a level automation in our warehouses if there are staff shortages, but ultimately it would be really helpful to all businesses to get some certainty because uncertainty is what makes it really difficult.”

It seems that “cracking on” is exactly what many retailers feel incapable of doing in the current climate. One-third of retailers say they have done “little to no preparation” or feel “very underprepared” for a hard Brexit in March, according to a survey by Retail Economics and Squire Patton Boggs.

It has been a punishing year for retail so far and all signs point to this pressure intensifying in the final quarter of the year.

Retailers ranging from Sports Direct to Bonmarché bemoaned woeful trading in November today, with the latter specifically attributing its lacklustre performance to Brexit and chief executive Helen Connolly saying current trading conditions are “significantly worse even than the recession of 2008/09”.

A statement accompanying the profit warning that Bonmarché issued today says: “We believe that uncertainty surrounding Brexit is a significant factor affecting demand and, therefore, that it may not strengthen until the current period of heightened uncertainty ends.

“As we have no visibility of when matters will be resolved, we have taken what we believe to be a cautious approach to our forecast and assumed that sales will not show any significant improvement before the end of March 2019.”

The mature fashion retailer has been beleaguered with poor sales momentum for a year, so fellow operators may see this reasoning as a case of the Bonmarché that cried Brexit rather than a valid justification for poor revenue.

Cheshire expresses some cynicism that Brexit alone could be blamed for Bonmarché’s woes.

“I am not sure you can put the consumer environment down to Brexit, personally,” he says.

“The uncertainty doesn’t help but all across Europe the fashion and beauty markets are increasingly quite negative and I think there is a broader consumer unwillingness at the moment to spend. It is not helpful to have this level of uncertainty but there are more factors driving the wider market.”

“Consumers are changing the way that they shop and online is a significant challenge,” he says.

“There is also the impact of the experience economy. People are spending a higher proportion of their income on experiences, to the detriment of clothing and footwear in particular.”

“We aren’t going to see any improvement in consumer confidence until we get clarity rather than sitting in an uncertain state,” he says. “Everywhere I go I’m being asked when we are going to get on with it.

“We are still growing in like-for-like terms and have had a stronger end to the year than anticipated, but this year has been very difficult on footfall and we’ve had to be really good at converting it to generate any like for like growth at all.”

As retailers look beyond the final weeks of 2018 and to the year ahead, what are they anticipating?

Clarification from the government on a Brexit deal this side of 2019 notwithstanding, Dixons Carphone boss Alex Baldock says he is expecting the unexpected.

“The worst case is no deal and we’re clear on what we would do if that happens, but we’ve not put those plans in motion yet”

“We’re getting ready for [the possibility of] a messy, disruptive exit,” says Baldock. “We’re going to make sure of our stock position and we’re fortunate to have built privileged relationships with manufacturers.”

In contrast, Poundland managing director Barry Williams is adopting a more laissez-faire approach for the time being.

“Until we know the actual outcome, which I hoped we’d find out [this week], we’re not deploying contingency plans,” he says.

“Our main issue is the free movement of goods in terms of congestion at the ports, but we are not as exposed as our competitors because we don’t have fresh food.

“The worst case is no deal and we’re clear on what we would do if that happens, but we’ve not put those plans in motion yet.”

Uncertainty looks like the only certainty 2019 has to offer, and retailers will be hoping for a Christmas miracle in trading and political terms.