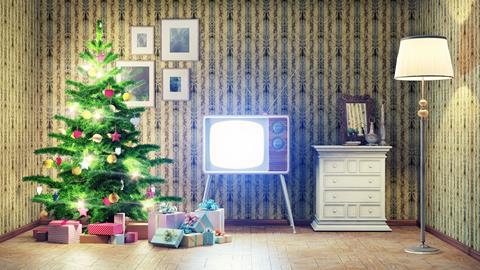 The all-important Christmas ad – who got it right and why?

The UK’s biggest retailers have released their Christmas ads, but what does a successful, multichannel festive advertising campaign look like?

John Lewis, Coca-Cola and – increasingly – Aldi represent the top-tier of festive advert creators in the minds of consumers, according to data and insights business Kantar, which runs regular research on the subject.

But there are “always some surprises”, notes Kantar’s head of creative excellence Lynne Deason, who describes a compelling festive ad as one that “triggers emotion” while balancing a strong commercial message.

“There’s no recipe per se, but what Christmas ads tend to do well is make people feel something, often through storytelling,” she explains.

“From an effectiveness point of view, it’s not just engaging people and capturing that Christmas spirit. If the brand is in the back seat people aren’t going to remember [the company].”

In 2021 retailers are showcasing the famous and the fictional in search of a Christmas ad hit, with Spiderman actor Tom Holland and Premier League footballers Trent Alexander-Arnold and Jadon Sancho featuring, as well as aliens and Kevin the Carrot.

Different tactics have been used this year, with John Lewis launching its festive TV short – which this year features a friendship between a boy and an alien visitor – earlier than usual.

Successful timing is difficult to gauge, with Kantar research showing 63% of people think Christmas ads generally appear too early, but with 37% of respondents – who were interviewed in October – reporting they had already started festive shopping.

John Lewis’ ad launch, which is supported by an augmented reality experience allowing people to explore the creative in more detail online, may be early in 2021, but Very.co.uk’s campaign kicked off 85 days before Christmas Day.

Very Group chief marketing officer Carly O’Brien said the retailer wanted to “get into the spirit early and unashamedly embrace the season as soon as the leaves start to fall”, following 2020’s pandemic-influenced paled-back festivities.

Most retailers have focused on that party spirit in their ads, rather than wider issues impacting UK consumers in this second peak season under a Covid cloud.

Tesco goes against the grain, though, with an ad featuring Santa showing a Covid pass at border control to prove he has been vaccinated. It doesn’t matter which side of that particular debate one sits, the subject matter is ill-advised and has “backfired” on Tesco, according to analyst Martin Newman.

“While I understand the ‘don’t stop me’ theme and ‘nothing’s going to stop me having a good time’, by showcasing the Covid pass enabling Santa to go about his business, they have clearly angered a section of society,” he says.

Tesco’s ad has received more than 1,500 consumer complaints, making it the most complained about campaign of the year, according to the Advertising Standards Authority.

“It has also reminded everyone of the pandemic when we really want to be looking forward to a good Christmas and just having fun,” adds Newman.

That said, the appearance of footballer and child poverty campaigner Marcus Rashford in radish form and as a comrade of Aldi ad protagonist Kevin the Carrot, appears to have successfully tackled the issue of referencing a socio-political issue without causing upset.

Marks & Spencer head of brand communications Robbie Black says the retailer’s golden quarter campaign is “executed across every conceivable channel, and is carefully planned around consumer mindset, and changing shopping patterns and priorities in the run-up to both Christmas Day and New Year’s Eve”.

“From a creative perspective, this means that we have eight separate TV ads that will be aired over the period, from highlighting some of our incredible gifts in November, to showcasing some of our amazing food for the big day itself in December,” he explains.

“This is then supported in other channels – including social, digital, press, radio, CRM and publications – where we can be more flexible with our messaging, and adapt our advertising to reflect changing trading conditions and customer sentiment. There’s an awful lot of planning that goes into being spontaneous.”

“When we communicated the launch of the Christmas TV campaign via email it got a 53% open rate – I’ve never seen open rates like this,” she notes.

Consumer and fashion psychologist Kate Nightingale says she was surprised John Lewis did not turn its ad character into a purchasable “mascot” like in previous years.

“Anthropomorphism [the attribution of human characteristics or behaviour to a god, animal or object] can have a positive impact and create strong connections,” she explains, adding this would have been a powerful tactic in the pandemic as loneliness and isolation has increased.

However, success could come, Nightingale says, because the department store chain’s ad shows “how to build trust”, which she argues is in keeping with the brand’s values. Trust in brands has risen in importance in terms of purchasing decisions, she adds.

The ad celebrates youth culture, is in keeping with JD’s target audience, and the sheer number of famous faces allows the retailer to ask its social media followers “which famous faces did you spot?”, thus capturing and holding their attention.

Wella Company head of communications, PR and influencer marketing Emily Davis says: “It can be tempting to jump on the latest trend in a bid to unlock customer spending, but it’s vital to remain true to your brand’s ethos and identity.

“This can help you stand out from the noise and build long-lasting relationships with customers to last beyond peak.”

She adds: “Brands that have been looking to the long term by building strong relationships with their customers all year, via social media, email, online and in store, should see dividends at this time of year.”

Kantar is set to reveal its annual consumer Christmas ad reaction on the week commencing November 29. By that time, the triumphs and tragedies of the 2021 campaigns should become much clearer.

Want to find out more about how you can win this golden quarter?

We’ve all seen the headlines. Retail supply chains are groaning under the pressure of delivering sky-high volumes of online orders to consumers’ homes and the requirement to get products into store networks around the country without the delivery drivers to meet the demand.

Meanwhile, the complexity around imports and exports as a result of Brexit means more paperwork, time and money. How can retailers keep their supply chains running and get product in, out to stores and into the hands of customers wherever and whenever they want to receive it?

An audience with The Very Group

The Very Group’s Electrical Category Director Victoria Aldrich talks about how to win this festive season.

Already one month into the golden quarter, Retail Week spoke to Aldrich about the trends she has already seen, strategic insights and what Very is anticipating for the remainder of the peak season.

Aldrich also talks about the prevailing changes in consumer behaviour from the past two years and what this has meant for The Very Group’s strategy and investments. With one eye on the future, Aldrich explains how she expects the golden quarter period to evolve in years to come.