Analysis: Is it time for a discounting detox?

If there was one overarching trend to emerge from retail’s Christmas 2017, it was discounting.

Retailers took many different approaches to try to navigate the incredibly promotional marketplace, but few succeeded.

Despite vowing to move away from discounting, Debenhams caved under the promotional pressure and slashed prices, which hit profits.

Mothercare, on the other hand, took the brave move of opting out of the discounting affray pre-Christmas.

However, this failed to pay off as shoppers stayed away from the maternity specialist and spent with discount-laden rivals instead.

This left Mothercare with a huge stockpile post-Christmas, which they used deeper discounts to get rid of.

If discounting is a drug, then it would seem that UK shoppers are well and truly hooked. And it is retailers that have fed this addiction.

“Black Friday has changed the way customers shop and has taught them that this season’s stock can be bought at a massive discount,” he says.

Even Next – which has rigidly stuck to its no discounting outside of end-of-season Sales rule for years – broke with tradition and joined the melee last Christmas.

However, Templeman believes that more retailers may opt out next Black Friday as they seek to reduce the level of markdown sold in the golden quarter. 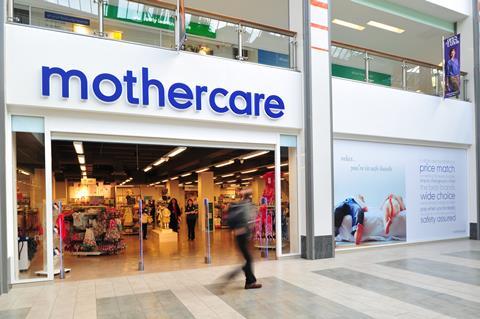 But will Mothercare’s failed attempt put other retailers off?

Analyst Richard Hyman, founder of Richard Talks Retail, believes Mothercare’s no-discounting approach is the right one to take, but says retailers need to prepare for it to be a long, painful process.

“The problem is that there is a period where you have to re-educate your customer. That can take a long, long time and can hit sales.

“It’s a period of pain. Retailers need to manage the expectations of the City and investors.”

Fat Face is a brand that has successfully moved away from discounting.

In recent years, the retailer has held its nerve and refused to discount throughout the run-up to Christmas, including Black Friday.

“We didn’t [stop discounting] overnight. You have to be realistic. The market is too far gone – we’re on the hard stuff now”

In fact, it has introduced a price promise to guarantee to customers that it will not cut prices in the festive run-up.

However, chief executive Anthony Thompson says it has gently weaned itself off discounting over a number of years rather than going cold turkey.

“We didn’t do it overnight. You have to be realistic. The market is too far gone – we’re on the hard stuff now. If you go cold turkey, you’re going to get the shakes,” he says.

However, Hyman says there are clear benefits from taking a tougher approach: customers stand up and take notice.

“You want to say to them from now on we will only go on Sale at predictable periods of the year to clear last season’s stock. You can be assured that today’s price will be the same tomorrow.”

“Promotions should be providing better value for your most loyal customers. It’s not just a means to clear excess stock,” he says.

He cites examples such as ‘back-to-school’ promotions or a special discount on specific products the brand is famous for.

“The big difference is that this is planned and it fits in with the brand ethos,” says Thompson.

“10% of customers make 50% of sales and you’ll still get less than half of their spend. Retailers should use clever promotions to increase loyalty”

“A lot of promotional activity is consumed by retailers’ least profitable customers. Retailers are throwing losses after losses on these customers,” he explains.

“What is key is getting analytics right. We should reward loyalty with your best customers.

“10% of customers make 50% of sales and you’ll still get less than half of their spend. Retailers should use clever promotions to increase loyalty in those customers.”

Templeman believes many retailers fail to do their maths before launching promotions.

He says traders need to know what volume uplifts they need to achieve from promotions in order to hit profit targets.

This is particularly true when promotional decisions are made in-season as a result of sluggish sales. Templeman says retailers should look to control costs in these situations.

He says an obvious area to cut is marketing costs. “Let your store window do the talking,” he says.

Cutting down on promotions can inevitably mean fewer sales. Templeman says retailers need to plan for this outcome and reduce their inventory.

“If you’re not going to play, then you need to look at your buy,” he says. “Decide early what you’re doing and plan your stock around it.

“When you panic, you have the worst of both worlds.”

Thompson says getting your product right is a critical part in reducing discounting. 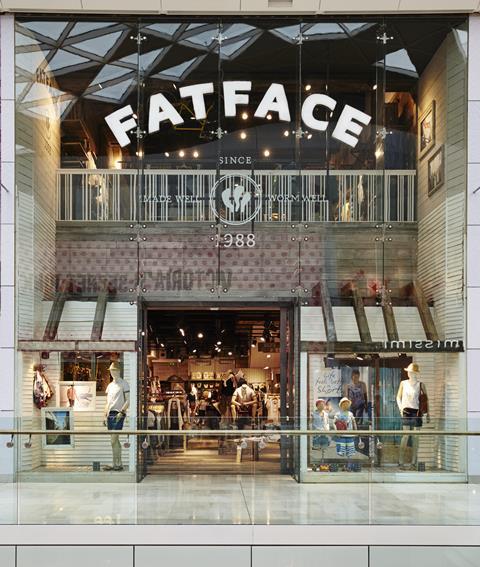 Fat Face has maintained a strong stance on discounting

“You don’t have to discount really great product,” he surmises.

“Retailers need to make sure what they’re producing is what the customer needs and wants.”

For Thompson, making products differentiated is crucial – however, he adds that the fashion industry is not geared up for this.

“We watch the same catwalk shows and chase the same trends. No wonder we can only differentiate on price – our product is all the same. We need much more innovation and newness,” he stresses.

Meanwhile, Jary says it is imperative that fashion retailers move to shorter seasons and have a more responsive supply chain.

This prevents the increasingly unpredictable weather from hampering sales.

“Getting more bums on seats is not what it’s about. Now supply exceeds demand, it’s about focus”

“It stops us placing big bets in changing all the stock in the store and reduces risk. We should just be feeding in seasonal stock progressively,” he says.

Hyman believes that the vast majority of retailers sell too many product options, which is leading many to discount.

He believes this is symptomatic of retailers not focusing on their core customer and producing products for everyone.

“In the pursuit of growth they have looked beyond their core customers,” he says.

“Getting more bums on seats is not what it’s about. Now supply exceeds demand, it’s about focus.”

Thompson acknowledges that moving away from discounting is a tough decision, but says retailers need to be bold.

“If you believe in your brand and your product, then you need to take brave decisions and have courage in your conviction.”

And, if more brands do this, perhaps next Christmas will bring more good tidings for retailers.

How can quality win out in a discount-driven environment?

At Retail Week Live 2018, James Murphy – founder and group chief executive at adam&eveDDB – will unpack what ‘quality’ really means in retailing today, addressing how the concept has become multi-dimensional, encompassing factors such as ethics or social value.

Retail Week Live – the UK’s premier festival of retail and consumer commerce – is taking place in London on March 7-8, 2018.

To view the programme and book your ticket visit: Live.Retail-Week.com.