Waterstones Oxford Street has put together an amusingly ironic take on the John Lewis ad. 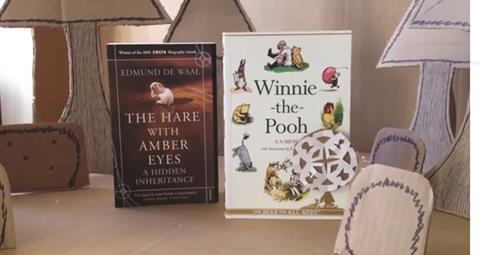 In the bookseller’s case, Winnie the Pooh and The Hare with Amber Eyes books stand in for their animated animal counterparts in the department store group’s seasonal campaign. Using cardboard, paper, polystyrene, electrical tape, pencils, pens and cling film, it no doubt cost less to put together than the John Lewis extravaganza.

Waterstones' The Hare with Amber Eyes and the Bear Called Pooh