M&S will launch its Christmas ad today, starting with a preview to members of its Sparks loyalty scheme followed by online and social media.

Marks & Spencer has switched its strategy this year in a move away from the cinematic ads created in previous years and still favoured by John Lewis.

The ad campaign, under the umbrella ‘The Art of Christmas’ and ‘Adventures in Food’ for general merchandise and food respectively, is built around a series of ‘moments’ that are well suited for distribution on mobile and social media as well as on TV.

Bousquet-Chavanne said: “Customers tell us they experience Christmas as a series of mini-moments and emotions, and each moment matters in building that bigger sense of occasion.

“As a result, our approach is more box-set than blockbuster epic. We wanted to capture that feeling of anticipation and create an upbeat campaign that moves with the pace of the season and shows how M&S can help make each moment special” 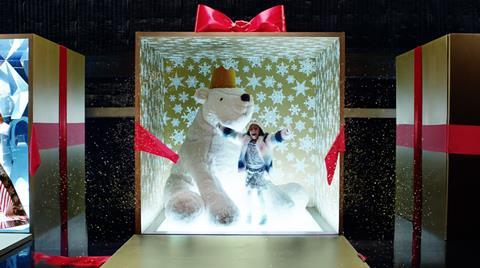 The ad will be made available to the 2 million members of the newly launched Sparks programme today, and they will be invited to a variety of exclusive seasonal events such as food and wine tastings.

It will go out online and on social media at 5pm today.

Only on Sunday, during Downton Abbey, will it make its first appearance on TV.