Upmarket grocer Waitrose is to make a play for fashion as it launches its first clothing offer in its Canary Wharf store in London as part of plans to ramp up its non-food ranges. 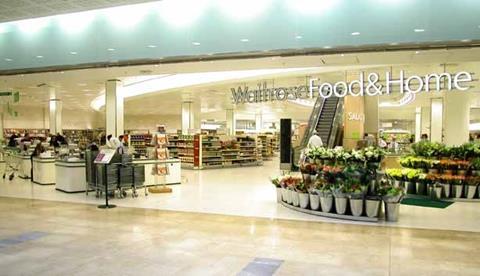 The store, previously a Food & Home shop, is being revamped and will relaunch on September 8 as a Food, Fashion & Home store.

It is understood Waitrose is not launching its own fashion range. The Canary Wharf clothing offer is likely to be supplied by sister retailer John Lewis or sourced by Waitrose from other fashion suppliers.

A Waitrose spokeswoman said: “Canary Wharf is our flagship branch which opened 10 years ago. The shop is undergoing a major transformation that will be completed and unveiled in September.”

She confirmed the Canary Wharf store is the first to be named Food, Fashion & Home, but added that the grocer does sell a small range of clothing in some of its shops already such as school uniforms, kids and babywear and seasonal items including swimwear.

She said Canary Wharf will have an “enhanced selection of fashion” but would not elaborate further.

The ground and first floors of Canary Wharf closed temporarily on July 4 to undergo the refit. The groceries floor on the concourse level remained open throughout.

“It is difficult for all supermarkets to present clothing next to groceries, but it would be even harder for Waitrose because it is a premium retailer,” she said.

She said Waitrose should not attempt to compete with other supermarket clothing ranges. The move forms part of Waitrose’s growth strategy.