Waitrose confident for Christmas despite fall in first-half profits

Waitrose managing director Mark Price has promised to be the best performing grocer once again this Christmas and to steal further market share. 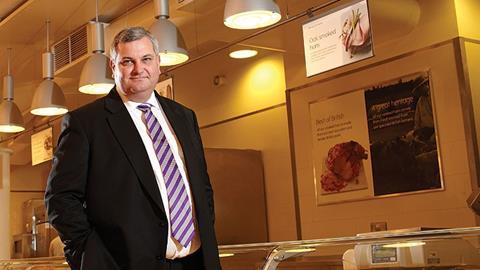 Last year Waitrose enjoyed its best Christmas on record despite the bad weather, with like-for-like sales up 5.4% in the first 23 days of December.

Price told Retail Week: “We’ve got some great ranges for Christmas and with the investment we have made in the business, I’m confident we’ll win out again this year.”

Price said Waitrose had planned for a dip in operating profit as it invested in the business, and is pleased with the performance. Investments included new stores, online and price investment. Its market share increased by 0.2% to 4.1% in the period.

Waitrose.com reported a 26.8% increase in sales. Price said: “We did have teething problems with the site at launch because the scale of the project was huge but we’ve still delivered strong sales and we have more upgrades to come.”

He said the website figures do not include its full launch into London, as it covered all postcodes by the end of August. He said the aspiration for London is for Waitrose and Ocado to jointly have the largest market share of online food sales in the capital and overtake market leader Tesco.

Waitrose is also investing in convenience stores, opening 12 in the period to total 21. It wants 300 by the end of the decade.

Price said: “All the growth in the market generally is coming from dotcom and convenience and that’s why we are investing in both.”

Waitrose will launch its mobile app next year.

Waitrose also relaunched its Canary Wharf store last week as its first Food, Fashion & Home shop. The store incorporates fashion from brands such as French Connection and Phase Eight as well as John Lewis’ own brand. Price said the first few days of trading in the revamped shop has been “phenomenal” and “massively exceeded expectations”.