The owner of The House of Reeves furniture store in Croydon has described the “extremely emotional” moment when the store was demolished after being razed to the ground amid the riots. 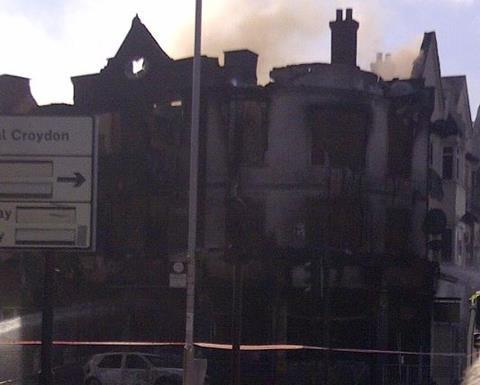 Speaking to Retail Week as the rubble was being cleared away from where the store had stood for more than 144 years, Trevor Reeves said he felt “total despair”.

In some of the most harrowing images of the riots, on Monday night flames tore through the family-run furniture store, which had survived two world wars, with billowing smoke marking the skyline.

Reeves said the devastation he and his family felt was “colossal”. “The last couple of days have been absolutely horrendous,” he said. “We’re feeling the biggest mix of emotions you can imagine.”

The business has one other store in Croydon that survived the fires, although as Retail Week went to press that store was still closed due to ongoing police enquiries.

Other businesses in Croydon were raided, including Argos, supermarkets and jewellery stores. Residential properties were demolished, leaving many homeless.

Reeves said the business is fulfilling orders where it can. He said it was too early to think about reopening a second store, adding that the business was busy going through insurance claims.

The business was set up in 1867 by his great-great-grandfather Edwin. Reeves described the scenes of rubble and scorched buildings as “very First World War”.

However, he was cheered by the response of locals. He advised other retailers under threat from rioting to “get the local community on your side”.

“They’re the people that will rebuild your business,” he said. “We’re asking for support. The community has rallied round us, our email boxes are full and the phone is running off the hook.”

Reeves has had visits from both Prime Minister David Cameron and Mayor of London Boris Johnson since the attacks, and described the Government as “very supportive”.

He said he hoped the police take a hard line on the rioters.

“It’s to do with the discipline and respect that has been missing in the past two generations,” he said.

A 21-year-old was detained by officers on Tuesday in connection with the blaze, suspected of arson with intent to endanger life.