The Co-operative is to log on to the £6.1bn online grocery market as food boss Steve Murrells bids to drag the mutual into the digital age. 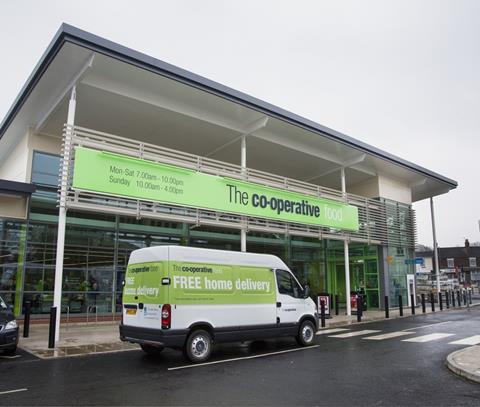 The under-pressure grocer will kick off the first of four trials, each with a different delivery model, before Christmas in an attempt to discover the most profitable online food strategy.

It will end years of indecision. The Co-op’s small £6 average basket size has been seen as a barrier to launching a profitable online grocery offer.

Murrells (pictured) told Retail Week he believes the rapidly growing channel - online sales represent 3.4% of the £163.2bn grocery market, according to IGD - offers the retailer an opportunity to wrest back market share lost to rivals, many of which already have a mature online offer.

“We need to get match fit if we are going to start to compete again,” said Murrells. “For the last few years we had lost our mojo and we needed clear leadership and direction.

“There are two channels growing in grocery - convenience and digital. We want to find a convenient solution to online food retailing.”

He added: “Evidence shows it replaces bricks-and-mortar sales and is margin eroding. But if you are not prepared to eat your own children someone else might.

“The trials allow us to understand how we can create an online food offer that is incremental and is not as profit eroding. We have a 6.6% market share so there is dramatic room for us to grow.”

Murrells declined to disclose further details but said the Co-op would look to leverage its existing fleet, which it uses to deliver baskets bought in store and worth more than £25 to customers’ homes.

Murrells said click-and-collect would be key. The Co-op has an existing tie-up with etail giant Amazon, which has installed its lockers in the grocer’s stores.

He said: “The question is - how do you move that to fresh food lockers?”

The launch will also help Co-op target the younger 18 to 25-year-old demographic it has failed to charm, Murrells said.

The digital push is part of Murrells’ strategy to turn around the Co-op’s food offer. Underlying operating profits in the division fell 9.5%in the year to January 5.

The retailer will also revamp its stores, ramp up its own-label offer, improve customer service and invest “millions” to hammer down prices on key staples to win back shoppers as competition in the convenience arena hots up.

The Co-op has introduced the first iteration of its ‘Fresh Format’ to 250 stores over the last year and has developed ‘generation two’, which will launch before Christmas and be in 130 stores next year.

The new design features extra space given to fresh food and improved ranging and merchandising in ‘hero’ categories where Murrells wants the Co-op to be “laser like” including bakery, baby and food-to-go.

The Co-op will next week release its interim result. Murrells said the icy March weather had hit sales but trading had improved in the second quarter.