Canadian food producer Urban Barns is developing ‘cubic farming’ technology that can potentially grow 500 lettuces in one square foot over a year. 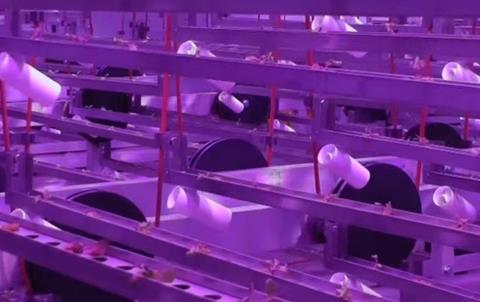 The agricultural yield from the system is significantly greater than traditional agriculture and it is hoped it can be used in retailers’ storerooms to grow produce where it is sold.

Along with potentially bringing agriculture to an urban space and making it hyper-local, it also has significant environmental benefits.

It is estimated agriculture uses 70% of earth’s accessible fresh water, more than twice the amount used by industry (24%) and dwarfing municipal use (8%).