UK is the best market in the world for omnichannel retailing, says Bob Willett

The UK is making strides compared with the rest of the world when it comes to joining up retail channels, according to industry veteran Bob Willett. 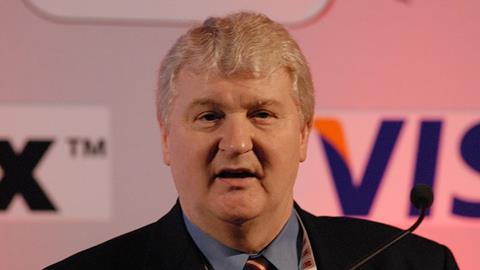 Willett, who is the former chief executive of Best Buy and spends most of his time abroad, said he is seeing more retailers across the globe looking at the UK for inspiration.

“There is more good thinking going on here now around omnichannel than anywhere else in the world,” Willet said at Purple Wifi’s customer experience event in London yesterday. “Target, Walgreens – they’re all asking what the guys are doing over here, and they’re coming over. We’re making some great progress.”

“It is the US that usually gets the credit, but frankly this is where it’s happening”

Willett said the UK is at the centre of the omnichannel transformation. “It is the US that usually gets the credit, but frankly this is where it’s happening.”

But he said the UK still has to improve how it understands the data it gathers on its customers from omnichannel.

“We know more about customers than ever, but we’re not using that information terribly well, to provide the people that face the customers every day with the information to satisfy the consumer,” said Willet, pointing to Apple’s success because they designed their products through the eyes of the customer, not the engineer.

He said at present, information collected by retailers is given to the marketing departments, rather than the employees on the shopfloor, who need the data to better serve customers.

“You know more about consumer and how they behave online than when they walk into your store,” said Willett. “Stores need to reinvent themselves, but using technology politely and transparently.”

Willett said consumers are now becoming very demanding about what they want from retailers in the connected world, saying the industry needs to wake up and do more to form relationships using the data they have in their possession from technology offerings such as in-store wi-fi and online shopping habits.

“Those who have amalgamated the omnichannel and the store channel are doing particularly well – John Lewis stands out. They have a very small number of stores, but are making a huge impact across multiple segments. You don’t see many people doing what they do, but they do it genuinely. They operate and provide genuine customer experience.”

“Retailers are really waking up to the issue of added value and experience, and he experience doesn’t just end at the door,” he said.