Home Retail boss John Walden has pressed the button on Argos’s digital store roll-out and is confident he has found the right format for the multichannel age. 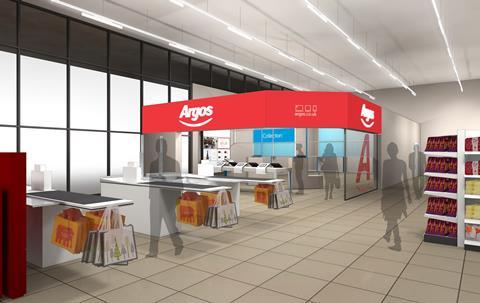 Argos’s digital stores, the first of which were unveiled over Christmas 2013, initially failed to win over analysts who were sceptical about whether they were chiming with customers.

But Walden said the retailer has modified the model and found the right balance. He aims to have more than 200 of the stores trading by the end of the year.

Home Retail’s digital push comes as the industry grapples with how best to combine ecommerce with bricks-and-mortar estates.

Walden said: “We are very happy with the performance of the digital stores and we are now moving away from trials and making it an ongoing part of the business.”

He described the evolving digital store format as a “great opportunity” that he could not have anticipated at the beginning of the Argos turnaround plan, which started two-and-a-half years ago.

Walden conceded the format had teething problems after some customers reacted badly to the removal of catalogues, which were replaced with tablets. Sales were also impacted by the removal of product display units.

But the format is now delivering incremental sales growth after Argos returned catalogues to stores and in-store displays to highlight products on promotion. They sit alongside the tablets and digital displays, which remain the core of the format.

Walden said he has been “surprised” by the demand for catalogues but believes customers are being won over by the new-look shops.

“In Rotherham customers complained initially but then it became one of our highest performing digital stores,” he observed.

Argos has 60 digital stores at present and will introduce the format to 80 concessions in sister retailer Homebase by the end of the financial year.

It will also trial 10 digital concessions in Sainsbury’s shops and convert between 50 and 75 of its existing branches to the format.

The digital format will comprise 25% of Argos’s estate by the end of the financial year.