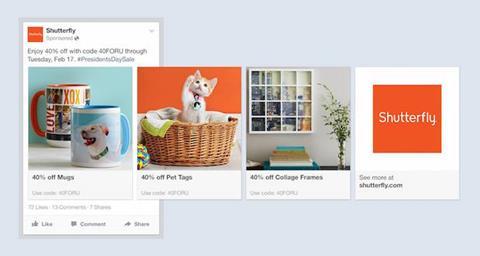 The feature aims to help businesses use customer data to target products to the social media site’s users.

Previously advertisers would have to undergo the laborious process of designing campaigns for each product targeted to different audiences.

Facebook’s new product automatically creates a personalised advert, tailoring them to users based on what they’ve looked at and clicked on.

To create the ads retailers add products to a catalogue and Facebook matches the items to potential advert viewers.

The adverts also react to inventory data, turning themselves off if an item is out of stock.

They will also appear on Facebook’s mobile news feed. It was not previously possible to feature targeted ads on its mobile service.

Facebook is following in Google’s steps, which began offering a similar ad service in 2012.