Drones are a fad and RFID has proved a hit argued tech experts at Retail Week’s Supply Chain Summit. Find out what is a hit or a miss. 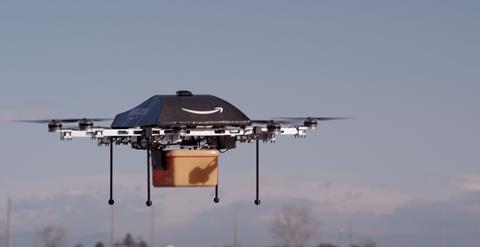 Radio-frequency identification (RFID) was a resounding hit with REPL Digital managing director and former Tesco executive Michael Grange, who said it has finally come of age.

“Five to 10 years ago RFID was horribly expensive and was just unmanageable,” said Grange. “That capital expenditure is really coming down now.”

Grange argued that the plunging costs mean that pretty much anything can now be tagged and said its implications on stock levels are huge. The clothing sector can use it to stock check in a flash to instantly tell what sizes of clothing are on the shelf.

Enotria Wines supply chain and IT director Simon Clarke argues the technology pays for itself in two years and can be highly innovative when linked up to mobile commerce.

For instance, RFID can be used to send customers mobile marketing messages to inform them when items they have previously searched for are in stock, while offering them a discount if they pick them up.

Clarke said the tumbling cost of cloud computing, thanks to the likes of Amazon Web Services, has opened up a world of possibilities when it comes to data.

He argues retailers have always looked internally at data but are now able to look beyond the “four walls” by collaborating with customers and suppliers on data they hold.

“I think drones are probably one of those fads we are going through,” said Grange. “We do need companies like Amazon trying this technology out because it will get people excited about the possibility of supply chain and that last mile stretch.”

Grange added drones need to improve battery life beyond 20 minutes “otherwise there will be a catastrophic supply chain failure”.

“At the NRF conference in New York in January we had a discussion with the chief information officer council and they said customers do not want to download yet another app, says Lawrie.

He argues instead of apps we could be moving to an ‘internet of things’ age with connected products in-store.

“Retailers and brands want to reach people at moment of truth,” says Lawrie. “Retailers traditionally reached customers through the app but maybe the store will start talking to them – the merchandise will be more aware of them and the packaging will understand them.”

Clarke argues transportation networks such as Uber and Shutl are opening up a world of possibilities.

He argues open platforms such as Uber where people are starting to share capacity has not yet come to the freight world, but will revolutionise it when it does.

“I think there will be a government push in utilising empty miles,” says Clarke, adding the amount of spare space in Unilever deliveries was “staggering”.

“If you multiply that through the industry it won’t be long before someone questions why you can’t use diesel cars any more but you can run a half empty truck a third of the time,” says Clarke.