Dixons Carphone chief executive Seb James has promised the retailer will begin selling the Apple Watch in “due course”. 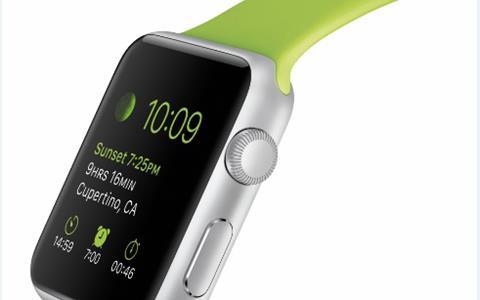 The device was initially held back from most electricals retailers by Apple.

James tweeted a picture of Dixons Carphone multichannel boss Jeremy Fennell trying on the £13,000 version of the smartwatch with reassurances the retailer would be selling the device.

Jeremy looking at the £13k apple watch. We will be selling watch in due course... pic.twitter.com/BRNIqB6VAc

However, the Dixons Carphone was unable to confirm when it will begin stocking the device.

Apple has limited the launch of the smartwatch to its own stores and select upmarket retailers including Selfridges rather than mainstream electronics retailers such as Currys PC World.

It has also emerged that Apple retail boss Angela Ahrendts has told Apple Store staff it is unlikely to be available for purchase in-store before June.

Apple has already begun allowing customers to book appointments to try on the Apple Watch in its store and allowed pre-orders of the product for delivery on April 24.

However, it understood customers will not be able to make walk-in purchases of the device from April 24 and will be forced to buy it online until June.

Ahrendts said this strategy was a result of “high global interest combined with our initial supply”.

She added consumers should still expect the usual “blockbuster” launches for other products.