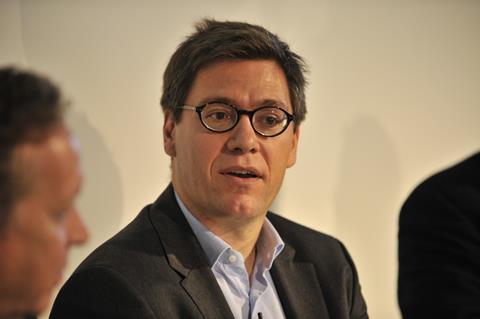 Speaking at a panel discussion on the future of omnichannel retail, Bodson explained how by extending its hub-and-spoke store system the retailer could dramatically increase its number of distribution centres.

The hub-and-spoke system, which involves a larger store acting as a mini-distribution centre to five nearby stores, is being adapted to use the hub stores to deliver to a customer’s home.

Bodson envisages that by implementing the system the retailer could potentially have around 140 distribution centres.

He said: “The reason I’m getting excited about hub-and-spoke is when you organise your inventory in a different way you can experiment with a smaller and smaller format.

“The reason I joined Argos is that because almost half the business is already digital, when there are tough decisions to make by default the bias is towards digital.”

Selfridges executive director of multichannel and supply chain Simon Forster agrees that the structures of retailers are rapidly moving towards an emphasis on digital and believes companies must be careful to keep their best talent as a result.

Forster said: “When the organisation has to keep changing to create momentum it creates instability.

“A company needs to identify key individuals and look after them. Increasingly you have to make sure the board of the future cannot say ‘I know about the stores but do not really understand that ecommerce stuff’. The more exposure to the different areas of the business the better.”

Forster said the company is experiencing change unlike any other time in its history and recently asked a consultant if there had been any prior example in history where businesses had experienced this much change.

The consultant could only find one example, which was when at the beginning of the last century most boards appointed a director of electricity.