Value fashion giant Primark has expressed horror and pledged action following the collapse of a building in Bangladesh that housed a supplier to the retailer. 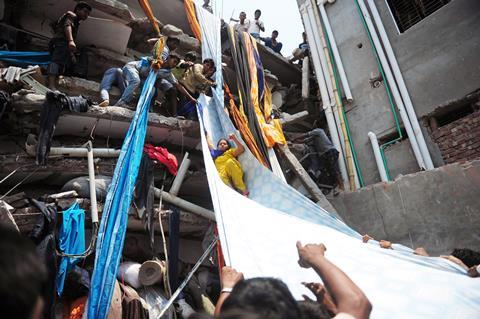 The collapse has already resulted in more than 170 deaths.

Hundreds more have been trapped under the rubble of the Rana Plaza building at Savar, near Dhaka.

In a statement on its website Primark said it is “shocked and deeply saddened” by the disaster.

A Primark supplier occupied the second floor of the eight-storey building, which is thought to have housed several suppliers to a variety of garment industry firms.

The retailer said: “Primark has been engaged for several years with NGOs and other retailers to review the Bangladeshi industry’s approach to factory standards. Primark will push for this review to also include building integrity.

“Primark’s ethical trade team is at this moment working to collect information, assess which communities the workers come from, and to provide support where possible.”

A spokeswoman for the British Retail Consortium said: “This is a tragic loss of life and deeply saddening. We need to understand exactly what has happened because safety is at the heart of responsible retailing.

“British retailers have helped to develop, and signed up to, programmes such as the Ethical Trading Initiative and Global Compliance Programme, which include tough safety standards built into negotiations with suppliers. These terrible events emphasise how important this is and why retailers audit their suppliers in order to drive safety standards up and routinely go far beyond the legal requirements of the countries in which they operate.”

The factory housed at least two affiliated factories, New Wave Style and New Wave Bottoms, according to the Financial Times.

A business called Ether Tex was also based in the building, and according to its website it supplies clothing to Walmart, and C&A in Belgium.

Walmart said in a statement: “We are sorry to learn of this tragic event. We are investigating across our global supply chain to see if a factory in this building was currently producing for Walmart. We remain committed and are actively engaged in promoting stronger safety measures and that work continues.”

Meanwhile, a spokesman for Matalan told Channel 4 News: “We can confirm that New Wave has been a supplier to Matalan although we don’t have any current production with them.

“We are deeply saddened by the news and we have been trying to get in touch with our contacts since we heard to check if we are able to assist them.”

A Bonmarche spokesman told The Telegraph: “We are terribly shocked by the news from Bangladesh and our thoughts are with the victims of this terrible tragedy and their families. We can confirm that New Wave is a supplier to Bonmarche and we are currently in touch with our agents there to gather further information and offer our assistance.”