Tim Mason: FMCG giants would lose out by sidestepping grocers

Tensions between grocers and suppliers are simmering, but FMCG brands may be biting off more than they can chew if they go it alone.

That was my first thought when I saw the news that FMCG giants are thought to be partnering with INS, a nascent technology business, to start selling their products directly to consumers through the use of blockchain technology.

The proposed service, which is still in very early stages of development, comes in response to the ongoing tension between FMCG manufacturers and retailers.

The manufacturers have long been frustrated with retailers’ domination over consumers, and their power to set prices.

Yet the solution cannot be as simple as setting up a blockchain contract in a virtual world.

We are living in an environment where consumer spending is low, so pricing is critical to attracting customers.

The idea itself is attractive – giving consumers more choice and at lower prices by cutting out the middleman (or middlemen).

In reality, however, a real product somehow needs to get from a factory to a distribution centre, to be picked and packed, distributed on a case by case basis then delivered to an individual person.

The supply chain, which supports the delivery of many thousands of FMCG products to consumers, is no trivial matter.

What this new service fails to recognise is that existing grocers and retailers have vast and intricate supply and distribution networks.

It is no easy feat to replace highly efficient aggregators and distributors (the retailers) with another, essentially unknown, entity.

“Arguably manufacturers depend on traditional retailers now more than ever, as it is through their stores that the FMCG giants can show off their new products”

Retailers have massive stores located everywhere and anywhere. Most importantly, they are found close to where shoppers live.

They have the scale and network to manage and execute millions of orders and deliveries per week, including fresh and perishable goods.

This doesn’t mean that new forms of distribution won’t continue to come along, but the notion that this proposed service will reduce costs for the consumer is illusory.

Who will pay for the service’s website and marketing that directs customers to it? And what about the picking and packing and distribution capability?

The entire consumer market, including retailers and FMCG manufacturers, are under immense strain.

Pressure comes on one side from online retailer behemoths such as Amazon, and on the other side from limited assortment discounters, which stock very few brands.

Arguably manufacturers depend on traditional retailers now more than ever, as it is through their stores that the FMCG giants can show off their new products, on which they spend a great deal of money each year developing.

“Arguably manufacturers depend on traditional retailers now more than ever, as it is through their stores that the FMCG giants can show off their new products, on which they spend a great deal of money each year developing”

In order to withstand the pressures coming from pure ecommerce players and discounters, traditional retailers and manufacturers need to work together to make large-scale, big range stores stocking lots of branded products appear more and more attractive to consumers.

One of the ways to do this is to bring digital content into stores and for companies to make sure they have a digital connection with customers so they can better understand what they’re doing and when.

By recognising customers’ habits, companies can service them better by providing a more personal service with offers that are tailored and attractive to the individual customer.

Whatever the future holds, I firmly believe that the FMCG giants have more to gain by working even more closely with the traditional retailers than trying to find ways around them. 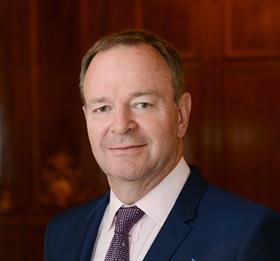