Fresh from the discussion at the Conservative Party Conference, Hermes chief executive Carole Walker clarifies its position on the gig economy. 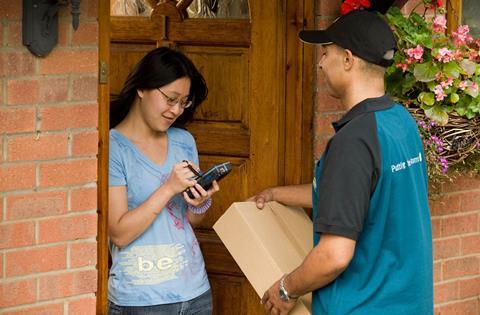 Last Tuesday I took my seat on a specialist panel for an in-depth discussion on the gig economy at the Conservative Party Conference in Manchester.

I was joined by Christian May, editor of City AM; Patrick Gallagher, group chief executive of CitySprint; Giles Watling, MP for Clacton; and Charlie Elphicke, MP for Dover and Deal.

The full title of the session was Gig Economy: Seeing the wood for the trees and it provided the perfect opportunity to discuss Matthew Taylor’s review into modern working practices, as well as clarifying how our business operates, which has often been misinterpreted over the past year.

I believe the Taylor Review includes some good ideas and I welcome his thinking on training, upskilling and career progression.

I particularly approve of Taylor’s recommendation for sectoral codes of conduct and believe Hermes’ Code of Conduct can be used as an example for the delivery and logistics sector.

However, I do think it is a mistake to label businesses such as ours in the same way as the new platform-based companies, such as Deliveroo and Uber.

We had been delivering parcels uncontroversially for some 40 years until these businesses burst upon the scene, leading to the creation of the term ‘gig economy’.

I am anxious about the human cost to people being managed by a faceless app with their rates being set by pitiless algorithm.

“We too make use of cutting-edge technology but we temper it with real-world common sense. Our couriers have a face-to-face relationship with Hermes and rate negotiations happen in person”

We too make use of cutting-edge technology but we temper it with real-world common sense. Our couriers have a face-to-face relationship with Hermes and rate negotiations happen in person.

I explained that the word ‘gig’ suggests a fleeting experience and something from which to earn a living before moving quickly on. However, in the case of our self-employed couriers, one third have been with us for more than five years.

Hermes already offers the career progression opportunities that Taylor contemplates. For some, being a courier can be the first step into a fulfilling career in the transport and logistics industry.

In fact, ex-couriers can be found throughout my operations team, so I’m proud of the prospect of advancement that atypical courier work can offer.

For many Hermes couriers, the flexibility enables parents, carers, students and others to earn some money while fitting deliveries into their day. It’s difficult for me to overstate quite how autonomous they are.

In addition, I proudly told delegates that couriers earn on average 40% above the national living wage and not a single courier earns less than £8.50 an hour from providing services to Hermes.

The Taylor Review contains recommendations only and no decision has been taken yet as to which, if any, will be implemented.

Any changes will not be applied without proper consultation and a period of time to allow businesses to make appropriate adjustments.

In addition, as self-employed labour is used across the sector by almost all of Hermes’ competitors too, these would affect the industry as a whole.

We agree with the British Retail Consortium’s submission to the Taylor Review that with regards to the law relating to employment status, “the current legal framework underpinning rights and responsibilities is fit for purpose”.

Any change in how the law in this area is structured should be undertaken by the Law Commission, as the technical experts.

Hermes supports a lot of what the Taylor Review sets out to do, but there must be recognition on the part of policy-makers that none of these things can be put in a silo.

Any expansion of workers’ rights must be weighed up against any negative impact that it may have on job creation and the welfare state.

In the meantime, it is absolutely ‘business as usual’ for Hermes and we are focussing on delivering exceptional service on behalf of our retail customers, for what will be our busiest peak period to date.