A fund headed up by pan-European retail property investment manager Meyer Bergman has acquired the Vinopolis site in London in a multi-million pound deal. 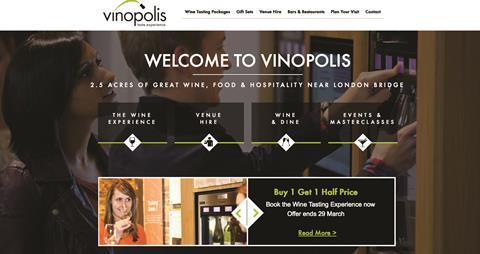 Meyer Bergman will convert the site into 193,750 sq ft of retail space for boutique stores.

Vinopolis, which offers wine tasting experiences and is situated near London Bridge, revealed earlier this month that it will close at the end of 2015.

The two partners have also acquired the mixed-use building Thames House and other sites adjacent to the Vinopolis Centre for the redevelopment, which will see them invest a total of £300m into purchasing and redeveloping the sites.

It is not yet known which retailers will take up the space, but a spokesperson confirmed they would be “fashion-led.”

A statement from the partners said they have been working on initial proposals for the redevelopment alongside freehold owner Network Rail and Southward Council. They aim to submit a planning application “shortly”.

Sherwood Street Ltd founder Tom Sherwood said: “You aren’t going to get a better location in central London, which is lacking a quality retail offering for shoppers.

“We have and will continue to work closely with Southwark Council, Network Rail, Borough Market and other stakeholders to draw up a scheme that is entirely in keeping with the cobbled streets and artisan feel of the area, which we anticipate will be hugely appealing to new brands, designers, restaurant or bar concepts and boutique retailers.”

Meyer Bergman’s other investments include retail buildings on Bond Street, Piccadilly and Queensway in London.