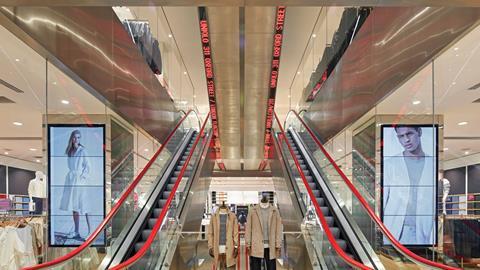 Uniqlo and Morrisons have made it into Retail Week’s definitive ranking of the country’s best stores, Top of the Shops.

Fast fashion giant Uniqlo has been catapulted to the fifth spot with its Oxford Street revamp, completed in March this year.

Morrisons has crept into the ranking at number 30 with its store in Colindale, London. It is only the third mainstream grocer, along with Waitrose and Whole Foods, to make it into the list, which is compiled by Retail Week editorial staff.

Two shops have fallen out of the ranking to make way for the new entries. We have had to say goodbye to Apple’s iconic store on Regent Street, for now at least, as its doors are closed as the tech giant remodels it. No doubt it will rise up the rankings again when it reopens.

Out too is John Bell & Croydon, the upmarket pharmacist owned by Lloyds Pharmacy.

Top of the Shops

View the full listing, plus documentary video highlighting the best in class of store design, here.

As ever, if you have any comments or suggestions to make regarding Top of the Shops, let us know.