It was supposed to be the bleakest day of the year but supermarket giant Tesco aimed to turn frowns upside down on Blue Monday by dishing out free healthy snacks to customers. Stores across the country dished out free fruit, including kiwis, apples, clementines and blueberries. The third Monday in January has become known as the most depressing day of the year since a study in 2005 by academic Cliff Arnall. But if Tesco boss Dave Lewis gets his way, we might soon be calling it Blueberry Monday.

From Corrie to corsets for Angela Griffin

Actress Angela Griffin has bagged herself a role in a TV series about lingerie and sex toy retailer Ann Summers. Griffin, who has starred in Holby City, Waterloo Road and most recently Lewis but is probably best known for her five-year stint in Coronation Street, is among the cast revealed for Brief Encounters. Downton Abbey’s Penelope Wilton and ex-Emmerdale star Karl Davies are also among a stellar line-up for the six-part drama. The series charts the journey of four women who become Ann Summers party planners. ITV thinks it will provide some on-screen magic – let’s hope it pulls a rabbit out of the hat.

Adebayor’s Harrods trip to is torque of the town 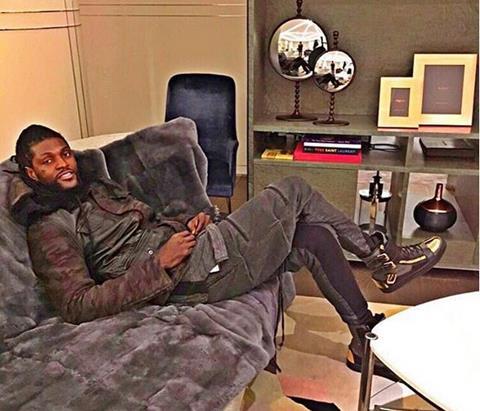 Emmanuel Adebayor makes himself comfortable during his shopping trip to Harrods

After a year in the footballing wilderness, former Spurs striker Emmanuel Adebayor swapped sitting on the bench for a more comfortable pew by paying a visit to Harrods. The Togo international, who has also played for Real Madrid, Arsenal and Manchester City, posted this picture on his Instagram account following a trip to the luxury department store – adding fuel to the rumours that he could be about to sign for south London club Crystal Palace. During his shopping trip, Adebayor sampled a three-wheeled Spyder F3 worth £20,000, helping make both himself and Harrods the torque of the town.