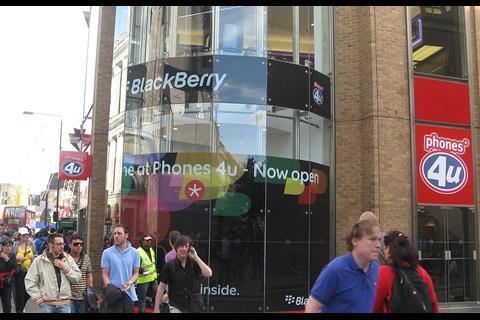 Blackberry-branded signage will be seen by shoppers walking down Tottenham Court Road.

Blackberry Messenger zone: customers can message each other using the handsets in this area.

Product display: All handsets are live 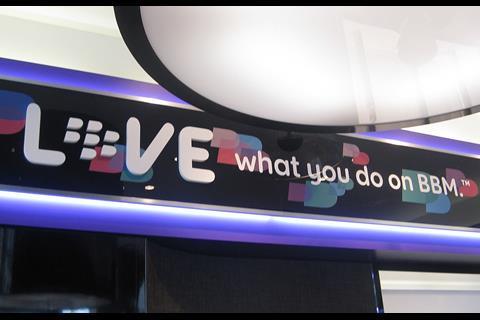 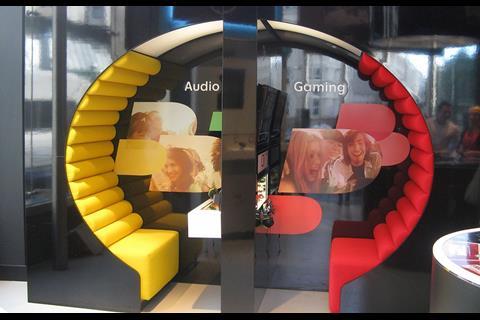 Audio and Gaming bubble: Accessories are on display and customers can use these two features of the Blackberry. 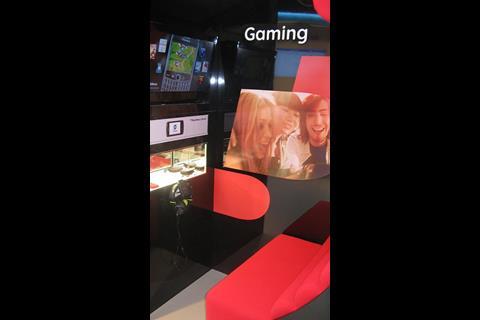 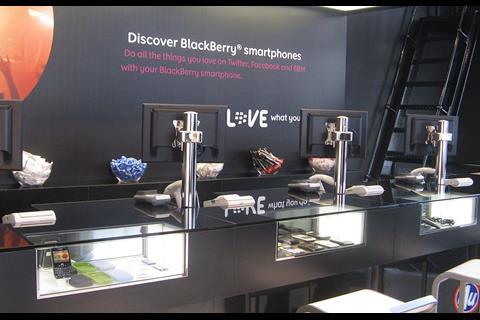 Blackberry accessories are displayed at the point of sale.

Phones 4U has opened a Blackberry Zone at its flagship Tottenham Court Road store.

The area, which opened last week, is on the first floor of the store and showcases the full range of BlackBerry smartphones and accessories.

All handsets are live and displayed in a wider range of colours than the usual Blackberry in-store displays. The BlackBerry accessories range has been extended.

Phones 4U retail development director John Welsh said that all handsets are live to capitalise on the 18-24 year-old market that will want to try all the functionality of a Blackberry while in-store. In Phones 4u stores usually only demonstration handsets are live.

The BlackBerry Zone has interactive areas where customers can interact with different features of BlackBerry smartphones, such as gaming, music, BlackBerry messenger and applications.

“The BlackBerry zone was launched to enhance the customer’s experience and to push BlackBerry sales, which we have a large base of sales. It will build our reputation so that in two to three months time, we’re known as the place to buy a Blackberry.”

All staff in-store can work in the specialist area, and all new recruits are trained on providing BlackBerry expertise as part of a BlackBerry-sponsored session that was added to the Phones 4U training programme last year.