Online will drive in-store productivity at fashion and discount retailers

Fashion and discount retailers are “destined to become more profitable” thanks to the boom in online shopping, according to a new report. 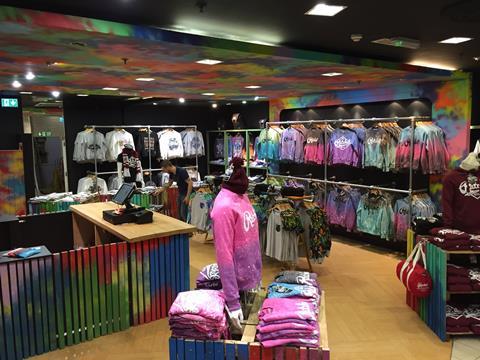 The growth of click-and-collect and a so-called “online halo” effect will cause productivity in stores to soar, the Investment Property Forum (IPF) has forecast.

But the productivity of stores in other sectors including grocery and electricals will suffer in a multichannel era, the IPF said.

The Pricing Retail Space Report found that fashion retailers operating in prime city centre locations will be the biggest winners from multichannel.

Productivity at those stores is expected to rise 34% thanks to click-and-collect and the “online halo”, which is when bricks-and-mortar shops act as “a marketing tool” to encourage people to shop with them online.

Fashion retailers are also expected to benefit from a 22% uplift in the productivity of their stores in shopping centres, while shops in retail parks will see a 4% improvement.

“For fashion and discounters, the effect of online has been positive, particularly in prime city centres and shopping centres”

Discount retailers such as Poundland, Poundworld and B&M Bargains are poised for productivity to edge up 5% in prime city centre locations, 4% in shopping centres, 2% on secondary high streets and 1% in retail parks.

In contrast, electrical stores were found to be the biggest losers from the growth of online retailing, with productivity predicted to slump 16% in prime city centre locations and 20% in secondary high street stores. Shopping centre and retail park shops could also suffer, with productivity set to fall 15% and 6% respectively.

Grocery stores ahould be braced for productivity to drop off across all four location types, the IPF said, including 7% declines at its shopping centre and retail park locations.

The IPF said the figures were created using a new model it is proposing to compare and contrast the productivity of retailers before and after the advent of the internet.

Hammerson director of business management Simon Betty, who was on the steering committee for the report, said “it was easy for retailers to assess the value of a physical store” in a pre-multichannel era, assessing turnover, working out if the new store cannibalised trade in any of its existing shops and then applying a profit margin.

Betty said it was now “very difficult for retailers to assess the value of their physical estate” because it had to take into account sales lost online to the likes of Amazon, as well as the two “positive forces” of click and collect and the online halo.

Betty told Retail Week it was “a very sensible conclusion” that landlords could start to charge certain retailers higher rent in prime locations, such as primary city centres and shopping centres, if they adopt the IPF’s proposed formula.

He added: “When certain product categories open in certain locations, the value of their entire business rises because the store effectively acts as a billboard, a marketing tool, and people who wouldn’t have brought from that retailer suddenly buy from them, either in-store or online.

“The effect of that is that certain product categories and certain locations become more valuable for retailers in a multichannel world because the benefits of click-and-collect and the online halo outweigh the negative effects of sales lost online.

“For fashion and discounters, the effect of online has been positive, particularly in prime city centres and shopping centres. For other product categories, such as grocery and electrical, the impact has been negative due to a combination of products being commoditised and very easy transferred online. That has particularly been the case in secondary high streets.

“If you’re a fashion retailer, you should be thankful for the internet and you should allocate your capital towards prime city centre sites because that’s where you’re going to do best. These shops are destined to become more profitable.”