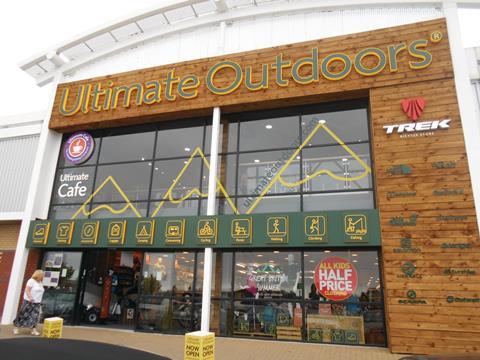 The sports retailer has signed for half the shuttered Kiddicare property estate. JD will add more than 200,000 sq ft to its specialist outdoors fascia, which at present only trades from one store in Preston and online.

It comes after Retail Week revealed last week that big-box value sports retailer Decathlon wants to trial smaller stores and click-and-collect sites due to a lack of 50,000 sq ft sites available in the UK.

Both retailers will be pitting themselves against discount sports giant Sports Direct, which has become dominant in the sector across its big-box and high street stores.

DTZ senior director of retail Stuart Lunn, who specialises in retail parks, said: “It is a massive intent of growth for JD, showing it wants to be a major player in the era of major sports and leisure department stores.”

He said: “JD is probably taking the view that it’s got clothing covered with the JD Sports fascia, and so perhaps it’s time to look at the wider market and other sports-related products.

The move into big-box stores comes as JD Sports prepares to take a second store on Oxford Street.

Fashion retailer Next is also understood to be taking two of Kiddicare’s shuttered shops at Hayes and Enfield.

Kiddicare’s former owner Morrisons put the maternity and baby specialist’s store estate on the market when it sold the business to Endless in July. Morrisons bought the retailer, which was an online pureplay, in 2011 and launched Kiddicare in the 10 former big-box Best Buy stores but the conversion to bricks and mortar did not go smoothly and the business struggled.