HMV will open a three-screen cinema this Friday which is likely to be the entertainment retailer’s first in a chain. 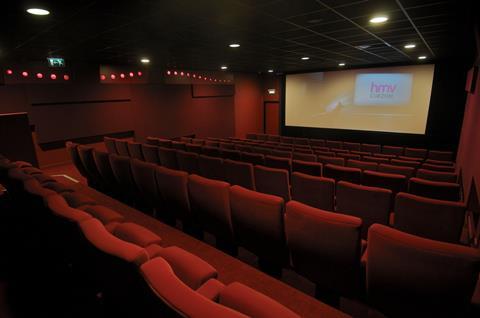 The Hmvcurzon on The Broadway, Wimbledon, London, is above an existing HMV store and will offer “an eclectic mix of entertainment across film and music” and include a café and bar.

The cinema will share a foyer with the shop and visitors will be able to browse the store while waiting for films to start.

HMV said that the cinema will be a test of consumer appetite and, if successful, more will open at existing HMV locations.

An HMV spokesman said: “The point of this is to create a hybrid of retail and live events. Shoppers can watch the film and then buy the soundtrack or the book or the T-shirt - there is a lot of synergy between the two.”

The joint venture with cinema firm Curzon, first announced in April, is the latest example of HMV diversifying its revenue streams.

The group has also signed up to a joint venture with Mama Group to part-own live music venues, and forged tie-ups with mobile phone company Orange and digital distributor 7digital.