High street footfall down 4% in November despite Black Friday promotions

High street footfall dropped 4% last month despite many retailers launching a raft of Black Friday deals to kick off Christmas. 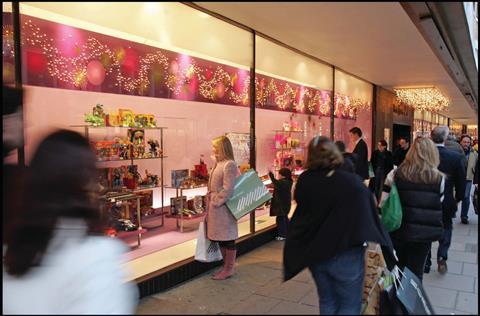 Overall footfall was down 2.4% after shopper numbers dropped 2.1% in shopping centres, but rose 0.8% on retail parks.

The research from the BRC and Springboard found that shoppers are increasingly choosing to visit retail parks to benefit from free parking and good accessibility as they pick up click-and-collect orders.

“Despite these figures, we know that retail sales for the same period remain strong”

In the second week of December, footfall on retail parks increased 1.6% but deteriorated further on high streets and shopping centres, where footfall down 4.5% and 4.1% respectively.

BRC director-general Helen Dickinson said: “Despite these figures, we know that retail sales for the same period remain strong – and this is not due solely to the increasing popularity of online shopping.

“Whereas once multiple shopping trips for a few items and leisurely browsing were the norm, now increasingly savvy shoppers are streamlining their visits to stores when making non-food purchases. The most successful shopping destinations are ensuring that they have a range of other experiences and activities on offer to drive up footfall.”

All regions and countries with the exception of West Midlands (1.5%), East (2.2%) and Scotland (0.9%) reported declining footfall.

Springboard retail insights director Diane Wehrle said: ‘’Yet again it is high streets and shopping centres that are driving the decline in footfall, whilst footfall in retail parks remains positive, albeit a smaller rise than in previous months.

“The results clearly indicate that the structural shift in consumer activity brought about by the internet is ongoing, and that it is largely out-of-town locations that are continuing to capitalise on this change.

“However, it needs to be recognised that retail parks started from a much lower base than that for either high streets or shopping centres, and there increasing attractive to shoppers is compounded by the benefit of free car parking.

“It is particularly disappointing for high streets and shopping centres that the significant price promotions offered over the Black Friday weekend were not sufficient to turn the tide over the month.

“Indeed, it suggests that if retailers are to encourage shoppers back into bricks-and-mortar stores then there needs to be a greater focus on the enhancement of the customer experience, rather than a knee-jerk reaction towards discounting, which only undermines margins and long-term profitability.’’