The Government has said that business rates assessments from 2017 onwards will be based on a property’s rental value on April 1, 2015. 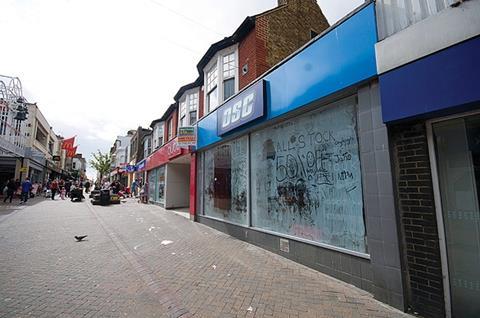 Chancellor George Osborne had previously committed to evaluating rates on 2015 rents but had not revealed an exact date.

Revaluations usually occur every five years and are based on rents from two years before that. The last revaluation was 2010 and based on 2008 rents.

However, in 2012 the Government said it was postponing 2015’s revaluation to 2017, forcing retailers to pay a further two years of rates based on 2008’s inflated property prices.

Business rates are a huge concern for retailers, with many saying excessive charges are restricting investment and job creation.

Retailers were hit by a 2% increase to business rates at the beginning of April, although this was lower than the original 3.2% rise expected. The Government capped rates at 2%, as announced in the Autumn Statement last year.

“Having been critical of the postponement by two years of the 2015 revaluation, businesses will welcome this tangible commitment from the Government to finally bring rates bills more into line with current economic realities.

“The business rates burden will be more fairly split from 2017 onwards and struggling Rochdale retailers will no longer be subsidising the luxury brands of Regent Street.”

The news comes as new figures reveal that more than 5,000 cases from retailer are set to go to court over the next few months to appeal their business rates bill.

A total of 5,129 retail businesses, including Marks & Spencer, Tesco and Aldi, are currently listed with a hearing date at the Valuation Tribunal after failing to reach a settlement with the Valuation Office Agency (VOA) over the amount of business rates they pay.

Many of the retailers, which also include Lidl, Pets at Home and Morrisons, have several properties set for a court hearing over the next few months.

Some 19,695 cases in total are currently listed with a hearing date before the Valuation Tribunal, according to business rates expert Paul Turner-Mitchell, who revealed the figures.

So far 35% of all business properties in England have appealed their business rates assessment.

It was revealed in August that business rates appeals are expected to cost the Government £4.2bn, according to the Department for Communities and Local Government.