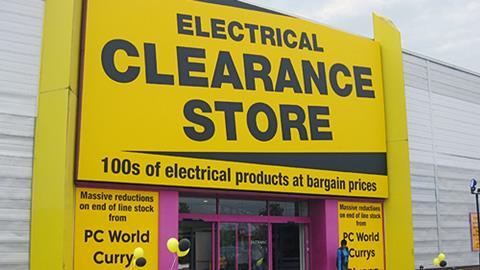 Electricals retailer Dixons has opened a clearance format at Merry Hill in the West Midlands.

The property was previously occupied by PC World and was converted after the retailer opened a two-in-one Currys and PC World nearby. A Dixons spokesman said there is potential for “one or two more” such stores.