Online pop-up space specialist Appear Here has secured a fresh wave of funding and made three key recruitments as it looks to expand its operations. 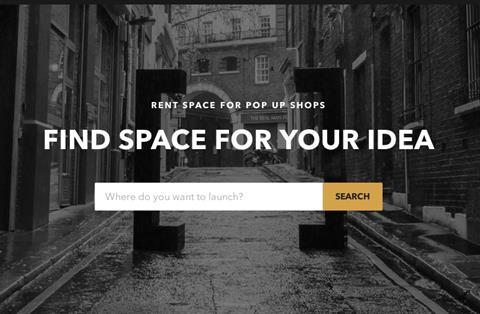 Appear Here is set to benefit from a $7.5m (£4.77m) injection of funding from venture capital firm Balderton Capital, to be invested in recruitment and an expansion of its operational technology. As part of the deal Balderton Capital partner Mark Evans will join the Appear Here board.

Appear Here has also made three senior appointments, including former H&M head of merchandising Andreas Thors, who is now in place as head of operations.

Speaking to Retail Week, Appear Here founder Ross Bailey said that with the extra investment from Balderton he aims to extend the company’s reach outside London where, he said, “half of all our demand is coming from”, and strengthen its relationships with national landlords.

He said: “We want to work with the best landlords across the country, the ones who are forward-thinking and trying to turn their centres around. What we’re seeing already is small niche London brands going into shopping centres and having amazing performances”.

In a bid to reach more regional centres, Appear Here is in an exclusive partnership with Land Securities to be the sole online agent for temporary space across the landlord’s major centres: St David’s in Cardiff, One New Change in the City of London, Buchanan Galleries in Glasgow and Trinity Leeds, and is working with the landlord on its recently-acquired Bluewater centre in Kent.

Appear Here was behind the signing in October of the first pop-up store operated by the Science Museum which has now opened at Bluewater, following a raft of signings including pop-up stores by Whistles, Clarks Menswear and Net-A-Porter. The company currently lists some 600 temporary spaces across the UK, with 500 signings completed over the past year.