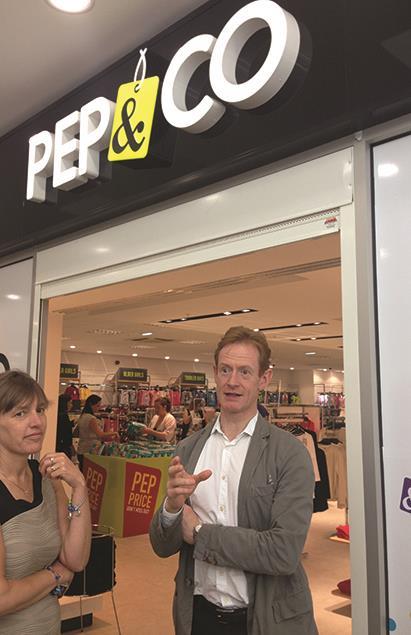 Andy Bond outside a Pep&Co store

The launch will set the new chain in competition with the likes of B&M, Home Bargains, Poundland and Poundstretcher in the fiercely competitive discount variety sector.

Bond, who oversaw the high-profile launch this year of Pep&Co, which now boasts 50 stores in the UK, said that two of the new discount variety stores are poised to open by March next year and there is a target of 10 by the middle of 2016.

The stores will be around 10,000 sq ft in secondary towns, but no leases have yet been signed it is understood.

He said: “There’s no evidence that the discount theme is slowing down as a customer trend, in fact the opposite. There’s still a lot of upside opportunity in discount retailing.”

Bond said that entering the value market with a “me-too” idea would be difficult so the new chain would offer a point-of-difference by being a “one-stop” shop for general merchandise, fashion and ambient food.

He said the launch of the chain, which will be run from an office in Leeds, did not mean that the plans for Pep & Co were being dialled down and said he is pleased with the progress of the fashion chain.

Former Poundworld buying director Daniel Donnelly, who has most recently worked on an overseas VC-backed retail start-up in southern Europe, will be sourcing director.

It is not the first time that Wiese will have had an interest in the UK discount variety sector having previously controlled Poundstretcher. However, Wiese sold his stake to brothers Rashid and Aziz Tayub in 2009.