The range, which will be sold exclusively at Halfords from next July, will feature eight light-weight bikes aimed at under 16s. Wiggins, who took up cycling on a Halfords bike when he was 12, has helped design the range.

The range is being launched a month before Wiggins is due to compete in his fifth Olympic games in Rio. He is aiming to win his eighth medal, which would make him the most decorated British sportsman in Olympic history. 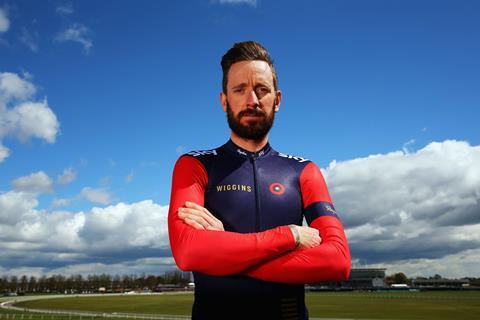 Bradley Wiggins is launching a kid’s bikes range with Halfords

Bradley Wiggins is launching a kid’s bikes range with Halfords

The move is part of a new strategy unveiled by chief executive Jill McDonald today. It came as the retailer  reported a 5.9% drop in first-half profits after a disappointing performance from its cycling division.

Wiggins said: “I wanted to develop a range of bikes for kids of all ages and all abilities to jump on and feel like a Tour de France winner.

“You don’t have to super fit or kitted out in lycra – these bikes are aimed at everyone, girls and boys, to help more kids get into cycling.”

Wiggins is the third Olympian to be recruited by Halfords. The retailer owns the Boardman Bike brand launched by Chris Boardman MBE. It also also has the exclusive Pendleton range of women’s bikes with double Olympic medallist, Victoria Pendleton.

Halfords’ chief executive officer Jill McDonald added: “We’re thrilled to work with the people’s cycling champion Sir Bradley Wiggins and look forward to launching the range in such an exciting Olympic year, and we’ll be keenly watching him in his ride to victory in Rio.”

Details of the tie-up came as Halfords reported a 5.9% drop in first-half profits after a disappointing performance from its cycling division.