Retailers should brace themselves for a drastic shake-up to the amount they shell out in business rates, a new report has warned.

The 2017 business rates revaluation will create the largest changes to business rates for high street retailers in a generation, according to property consultant Colliers International. 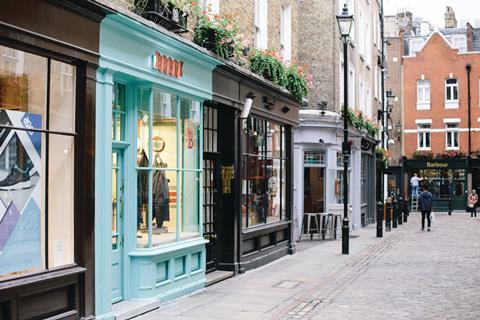 The Government controversially postponed the revaluation of business rates until 2017, forcing retailers to continue to pay rates based on 2008 property prices.

Separately, the Government is conducting a review of business rates which Chancellor George Osborne will report back on in next March’s Budget.

Earlier this year the British Retail Consortium warned that more than 80,000 shops across the UK could close within two years without an overhaul of business rates.

Around 75% of properties are expected to have been assessed for new business rate levels by January, according to the Colliers International. Retailers will be told their new rates bill in October, the report said.

According to Colliers International’s calculations, 76 high streets and shopping centres will see business rates increase. This includes London’s Dover Street, which will be hit by the biggest rise, with rates expected to soar 415%, and Brixton and Westfield London which will see their bills rise by 128% and 102% respectively.

However, 324 high streets and shopping centres are expected to see a fall in their rates bill, while 21 will see no change in the amount they pay.

Newport is expected to be the biggest winner from the change in business rates, with an 80% reduction to business rates, while Port Talbot and Tamworth will see their bills fall by 64% and 56% respectively.

“Retailers in London and the Southeast will, in some cases, face significant rises. Budgeting to allow for this should be addressed now”

John Webber, head of rating at Colliers International, said: “Our message is clear: retailers need to start planning for these changes.

“Retailers in London and the Southeast will, in some cases, face significant rate rises. Budgeting to allow for this should be addressed now.

“For retailers who are considering closing unprofitable shops in the North and the Midlands, this report should be good news with likely rates’ cuts only round the corner.”