Retailers across London are bracing themselves for a slump in footfall following the start of a 24-hour tube strike. 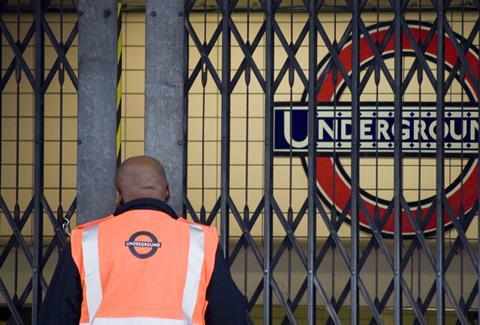 It comes after staff across the entire London Underground network walked out at 6pm on Sunday in a row over ticket office closures.

Central London underground stations remained closed today after Transport for London warned there would be a “severely reduced service across the Tube network.”

“Previous strike days in mid-2015 sparked an 8.9% drop off in footfall compared with the same day the previous year”

That is set to spark a nosedive in footfall to key shopping locations including Westfield’s two malls in Stratford and White City, and key West End locations such as Oxford Street, Regent Street and Bond Street.

Restaurants and bars across the capital are also set to suffer, with the tube strike set to cost London’s economy millions.

Retail property body Revo warned that previous strike days in mid-2015 sparked an 8.9% drop off in footfall compared with the same day the previous year.

Shopper numbers also fell on days either side of the strikes as London “struggled to get back to normal” following the travel upheaval.

Cooke said dealing with “the major economic repercussions” of the strike was the last thing retailers needed.

Businesses in the capital are already facing what he called a “perfect storm of rising costs” following the business rates revaluation, the introduction of the national living wage and the post-Brexit slump of the pound.

Cooke added: “Based on the near-10% dip in footfall on previous strike days, we expect similar disruption from Sunday and for the strike to disproportionately affect thousands of smaller retailers across London.

“Along with wider industry, we will be watching the situation closely, hoping for a resolution and avoidance of any further disruption for shoppers and businesses.”