Retail Week Live 2013: A glimpse of the future 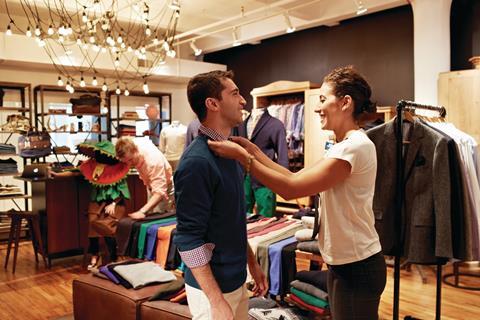 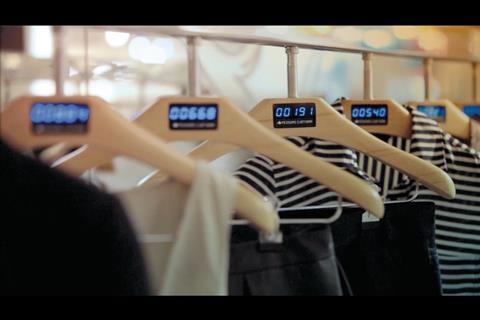 This year’s Retail Week Live will include the unveiling of our Innovation Report - Retail 2020. Caroline Parry finds out what the study and associated session have in store for delegates

Augmented reality supermarkets, personal shoppers via video conferencing and personalised pricing are just some of the innovations expected to transform the retail industry in the second half of this decade.

Taken from case studies collected from retailers across the world, these innovations are just a handful taken from the first Innovation Report - Retail 2020 report, which will be unveiled at Retail Week Live on March 13.

The exclusive report, carried out by research consultancy GDR Creative Intelligence, examines how the industry will change over the next seven years, and what forces and influences are shaping it.

In a session led by Kate Ancketill, chief executive and founder of GDR, the findings of the report will be laid out as three key themes - the store and its evolution, omnichannel and the customer.

The role of the store, according to Ancketill, will become more personalised and less transactional than it is at present, and physical stores will increasingly be used as showrooms that exist for service provision and relationship development.

She highlights Dixons in the UK, where staff are incentivised to direct customers to the website or to use in-store tablets to help customers, and to US menswear etailer Bonobos, which has launched bricks-and-mortar “guide” shops so customers can meet its assistants, also known as guides.

The “guides” help customers to find the right fit and styles that suit them. Orders are taken via an iPad then delivered to the customer’s home. These preferences are stored in the customer’s online account, meaning clothing in the correct size can be suggested every time they return to the site.

Meanwhile, the in-store guides become a familiar service touchpoint for customers, providing their email and phone number in case they wish to use the service again. The retailer claims that purchases at a guide shop are nearly double the average order value than at Bonobos.com.

This highlights how the role of shop assistants will change, says Carmel Allen, editor in chief of GDR. “They will be engaging with customers more both online and in-store, becoming a greater part of the integrated service proposition.

“Stores will no longer just be available during 9am to 5pm and that will make a much greater use of staff. It will mean they become more like stylists or experts in their fields,” she adds.

Tying in with this, the report will also outline how there will be an ever-closer connection between the store and home, and the store and mobile screens. Retail Week Live delegates will hear an exclusive case study about a retailer already making this a reality thanks to new technology that allows customers to shop from home and video link with a sales assistant in-store, who will be equipped with a tablet.

Moving on to omnichannel, Ancketill will examine how the concept has changed. It used to be about closing the circle between on and offline, but
now the circle is widening as routes to market evolve.

Online fashion retailer Very’s V Festival pop-up store is a perfect example of this widening circle. Revellers could browse and order from its bespoke
festival collection on their mobiles and pick purchases up within an hour. Orders from its wider range could be fulfilled by the next day.

Shoppers without a smartphone could order from Very staff with iPads, and all customers were given access to Very ‘Glam Pods’ - complete with hair straighteners and other beauty products - to change in.

This section of Retail Week Live will also examine the rise of dual-screen viewing and the growth of 24-hour window shopping. Ancketill explains: “This will mean the ability to get a product from a window display or billboard on to a mobile so you can buy it.”

Chinese online superstore Yihaodian will provide a progressive case study for this section through its augmented reality stores. Launched last October, the retailer has opened 1,000 virtual stores in a variety of places, everywhere from the threshold of competitor stores to key tourist destinations.

Customers download an app that helps to locate a virtual store and they “enter” by pointing their smartphone at the location, which makes it pop-up on their screens. Shoppers are then able to browse around the aisle and order products, ready for home delivery.

Located in key cities including Beijing, Shanghai and Shenzhen, Yihaodian promoted the augmented reality stores online and through an ad campaign, and claims to have had a 16% increase in sales from the stores from launch to the end of the year.

“This is one of the more engaging uses of augmented reality, which is still in the very early stages,” says Allen. “It could have quite an interesting future. Other iterations could be virtual pop-up stores.”

Augmented reality can also be used in retail via “gamification”. Allen points to iButterfly, an augmented reality coupon entertainment platform developed in Malaysia, which has been tested at The Centre in Milton Keynes. Retailers can use the platform to send out sales promotions to customers in the shopping centre, which they “collect” as butterflies on their mobile handsets. “It’s more than scanning barcodes,” says Allen. “It’s about having fun and using the mobile.”

The customer as a ‘connected influencer’ and changing consumer behaviour is the final theme of the report. Ancketill says social shopping and
customer use of social media will become a much more integral part of a store’s structure.

She explains: “By social shopping we mean looking at how much a product is liked on Facebook and bringing that in store - whether that is through digital hangers or just by briefing staff about what is trending on Twitter, or which products are most liked on Facebook.”

Alongside social shopping is the increase in value of the individual and their social media influence, which can be measured using analytics tools such as Klout. This is now being taken further with Spaaza Personal Price, which tailors the cost of a product to an individual shopper based on their social influence and loyalty.

The service allows retailers to add a second price tag to items. Barcodes can be scanned to allow shoppers to receive a tailored price based on their social media influence. Ancketill adds: “You can then further reduce the price if you post about the product and the store.”

The rising power of individual

customers has also been harnessed through brands inviting customers to help choose which pieces will be sold, such as Burberry at Harrods, or at Swedish shopping mall Arkaden, where customers were asked to help shoot its autumn ad campaign.

Videos were streamed of a model wearing the collections, and customers could select and edit images via photography app Instagram. The campaign was designed to increase the mall’s digital presence by engaging customers with content and it proved a huge success, with the microsite receiving 8,800 unique visitors. Arkaden also increased its Facebook friends by 629%.

These case studies just scratch the surface of the report, which is designed to offer practical advice on how retailers can adapt and future-proof their businesses.

Ancketill is confident the Retail Week Live session will provide retailers with much food for thought. “They should leave with at least three things in mind that they can get working on in the next month,” she says.

Come and see for yourself what Retail Week Live 2013 has to offer. The event is on March 13 and 14 at the Hilton London Metropole. Find out more here.

There is a one-week special rate for subscribers only, ending March 7:

Call 020 3033 2777 now to benefit from these savings. Quote MAG3WKS to claim the discount. Please note, the discount applies to new bookings and for the standard packages only.