Concern is mounting that plans to make a TV programme about Portas Pilot towns could undermine the efforts of retailers to revive troubled high streets. 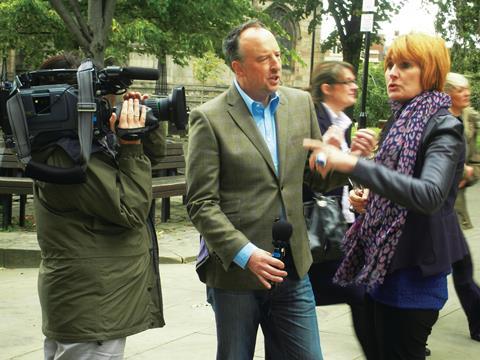 Retailers have reacted with disquiet and anger to a contract circulated by TV company Optomen Television to local businesses in Margate, which won £100,000 of Government funding for its Portas bid and is afflicted by a high retail void rate.

The Optomen contract imposes draconian filming conditions on retailers including a ‘gagging’ clause, access to company accounts and business plans, a requirement to provide staff to facilitate filming and agreement to participate in “tasks and challenges” set by Mary Portas.

The Margate Town Team has begun a debate on the issue on its Facebook page and says: “We can’t escape the inevitable conclusion that the desires of a TV production company are being placed above the needs of a community in transition. Can this really be the case?”

On the Facebook page the organisation said it is excited and grateful for the opportunity to work with Portas. The town will get the pilot money whether traders participate in the TV show or not, but the organisation noted: “We’re confused and concerned about the involvement of the TV production company, especially the overly restrictive contracts which seem to want to quash and silence the public involvement and discourse which has been so effective and essential (and encouraged) to date.”

Dan Thompson, founder of the Empty Shops Network, said that the restrictions imposed in the contract – including a ban on discussing involvement in the programme on social networks such as Twitter and Facebook – go against the spirit of collaboration that has enabled hard-pressed town centre traders to learn from others’ experience.

He was also concerned about the requirement for participating businesses to take part in the “tasks and challenges”. Having already won financial backing the focus should be on doing what was proposed rather than being diverted in the interests of TV, he maintained.

Thompson said: “What’s become clear is there’s a real gap between what the Government is managing and what the TV company wants. The line is being blurred between a Government programme and a reality TV programme.”

He added: “We want [lessons from the schemes] to be public and shared but the businesses are being gagged.”

Independent retail adviser and founder of Independent Retailer Month in the UK Clare Rayner said: “When Grant Shapps [Minister of State for Housing and Local Government] announced the first 12 Portas Pilot towns would have an opportunity to feature on a reality TV show I had major concerns that this approach would make the serious matter of economic regeneration of our high streets into light entertainment.

“Reality TV rarely represents reality, focusing on the most extreme examples of the whole of the reality to make for interesting viewing. Towns were excited about the opportunity, perhaps confusing a reality show with credible publicity that they would have got from a well-structured news or documentary feature.

“Having had sight of the contracts that the production company wish to impose on the retailers and towns participating, and having seen comments online from Margate Town Team voicing their concerns, I am certain that Shapps has got this very wrong. I am disappointed that my concerns were valid.”