TJX Europe, parent of TK Maxx and HomeSense, has strengthened its management team as it forges ahead with international expansion. 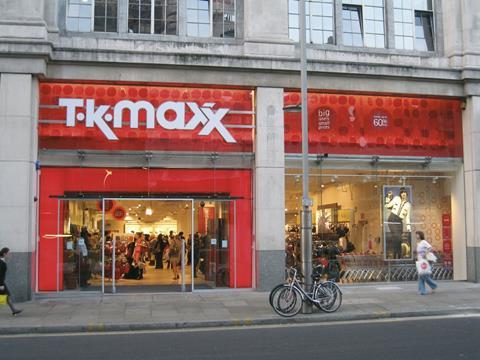 Doug Mizzi becomes managing director for the UK and Ireland, replacing Susanne Given. Mizzi has been with TJX Companies for 22 years, latterly as chief operating officer of TJX Companies’ Canadian business. Given has left the business, but it is unclear if she has another role to go to.

Regina Albanese, previously general merchandising manager for womenswear at TJX Europe, has been promoted to group buying director, also in charge of menswear, kidswear and toys. Dave Alves, formerly general merchandising manager for home and sister homewares chain HomeSense, becomes group buying and business director. He will head up shoes, lingerie, accessories and home, as well as HomeSense and the ecommerce division.

The changes are designed to help the retailer achieve its ambition to become a pan-European business. Two years ago TJX Europe - owned by US giant TJX Companies - launched TK Maxx in Germany, then 18 months ago it brought HomeSense to the UK. Last year it launched an ecommerce site and opened four stores in Poland. The retailer wants to turn TK Maxx into a 275-store chain in the UK and Ireland and have 300 shops in Germany.

It is understood that the retailer is recruiting for further positions at senior levels.

In Europe, TJX Europe has 263 TK Maxx and 14 HomeSense stores.