As Retail Week Live nears, we interview some of the event’s most exciting speakers. This week meet Iceland’s managing director and sustainability champion Richard Walker. 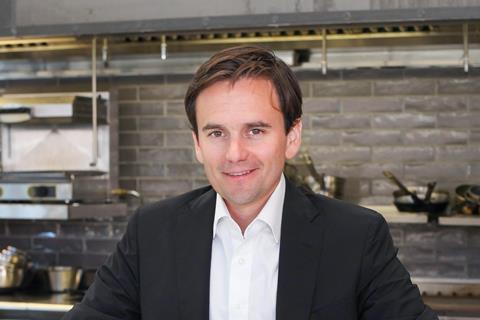 Richard Walker joined the family business in 2012, spending a year as a shelf-stacker and cashier in London before becoming an Iceland store manager and moving to head office in 2013. He took up his current role in 2018.

A committed environmentalist, he is a driving force behind Iceland’s pledge to remove the 13,000 tons of plastic packaging used in its own-brand products by 2023, and its campaign to remove palm oil from its food following its infamous ‘Rang-tan’ Christmas advert in 2018.

What is the origin of the ‘Doing it right’ campaign?

‘Doing it right’ was a philosophy founded by my mum and dad [Iceland founder and current executive chair Sir Malcolm Walker]. Since the 1970s, we’ve had a proud history of doing things right. We were one of the first retailers to ban artificial flavours and colourings in the 1980s, over 20 years before Marks & Spencer.

We were also the first retailer in the world to ban genetically modified food, in 1999, and created the only range of fridges and freezers endorsed by Greenpeace when we removed CFCs from ours in 1998.

What role should big businesses play in the global sustainability agenda?

More than ever, the public is looking towards businesses to take the lead in sustainability, rather than waiting for the government to enforce environmental policies. As such, the role of the CEO and their business focus has changed from looking for ways to enrich shareholders to creating a purpose-led strategy and organisations.

What measures is Iceland taking to reach its goal of removing plastic packaging by 2023?

It’s an audacious goal and certainly a mountain to climb, but we have a team working tirelessly to achieve it. Our main strategy is trial and error – we’re releasing paper bags in some stores, testing paper packaging in others – just to see what works best for both us and our customers.

How do you balance sustainability with customer needs and profit margins?

It’s not easy. There are many tension points as we try to provide quality, affordable and sustainable goods in a convenient way. We have to also understand how to make our 5 million customers happy and keep our 25,000 workers employed. Its not a question of purpose or profit – we’ve got to do both.

There’s an element of futureproofing. The Gen Z customer is looking for brands with a purpose, so cementing ours now will serve us and our customer in the future. It also makes sense economically to transfer out of plastics, as taxes on plastics are likely to grow higher as the pollution problem escalates.

Iceland has already succeeded in removing palm oil from its own-brand products – why was this important to you and how difficult was the process? How can businesses like yours ensure total visibility across the supply chain?

146 football pitches of trees are cut down per hour in Indonesia to make way for the palm oil industry, and with over 60% of standard grocery products unnecessarily containing palm oil, I knew something had to change. It was a bold decision that certainly disrupted the market. Google searches about palm oil went up by 10,000 after the release of our banned Christmas advert.

Fortunately, despite the controversy, it acted as a nudge in the right direction, as more businesses have made pledges against deforestation since. Again, the process of removing palm oil was made through trial and error, but we worked more closely with our suppliers to ensure the credibility of our whole supply chain.

Join Richard Walker for his opening keynote at Retail Week Live on March 25, ’Democratising environmentalism – business as a catalyst for a step-change in sustainability’.

For more information about the event, which takes place on March 25-26, and to secure your tickets click here.