Sir Ian Cheshire: 'I intend to be a fully involved chairman at Debenhams'

Sir Ian Cheshire said he intends to be “fully involved” at Debenhams as he aims to leverage opportunities at the “underappreciated business”.

Cheshire, who formerly assumes the chairman role in April but is already active in the business “as of today”, told Retail Week he wants to be an “engaged” chairman, rather than one who “doesn’t touch the dials”. 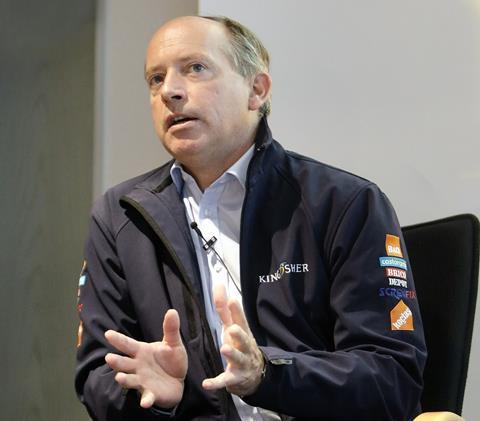 “We’ll have a new chief executive, a new set of opportunities, I’ll be fully involved,” he said. “People have focused on the problems of the past rather than the opportunities. I felt it was a rather underappreciated business.

“Hopefully I can help with that reset. It’s clearly a tough market but there’s a real opportunity.”

Cheshire, who was unveiled as Debenhams new chairman on Thursday, replacing Nigel Northridge, stated that his immediate priority was to appoint a successor to outgoing chief executive Michael Sharp.

“The process has kicked off. We’re looking for a great retail leader, who is strong on product,” said Cheshire. “We need to persuade some great retailers it’s an opportunity to make their name.”

Sharp revealed his intention to stand down last year and said at the time he would stay on beyond Christmas to ensure a smooth handover.

Debenhams surprised the City this week with a better than expected Christmas trading update. The retailer has suffered volatile trading in recent years after a focus on discounting damaged margins.

The former Kingfisher boss said there are “lots of opportunities ahead” for the department store group.

“People have focused on the problems of the past rather than the opportunities. I felt it was a rather underappreciated business”

He listed international and online expansion as well as improvements in the “core proposition”, looking at “what Debenhams stands for, which customers we should focus on”.

He added he will also focus on leveraging the strength of the balance sheet.

Other opportunities include pushing gifting and beauty rather than relying on the volatile clothing category, building a ‘house of brands’ that gives it a point of difference from rivals such as M&S, and exploiting infrastructure investments over the last 2-3 years, said Cheshire. “In the next 3-5 years you’ll see the benefits of that.”

For Cheshire it is a return to department store retailing.

The 56-year old worked at Selfridges 17 years ago, before joining B&Q owner Kingfisher and eventually becoming its group chief executive. He stepped down from that role in December 2014.