Interview: Kingfisher boss Sir Ian Cheshire on his legacy as he leaves the stage

Outgoing Kingfisher boss Sir Ian Cheshire has indicated he would prefer his next job to be a chief executive role despite being touted for the Tesco chairman position. 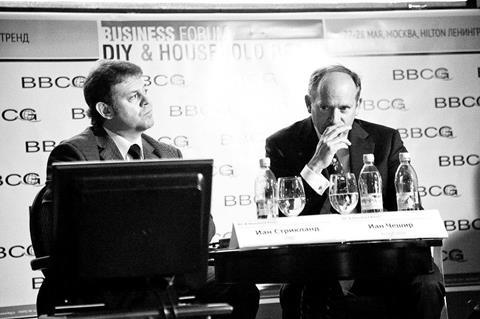 Cheshire steps down as Kingfisher group chief exec today and told Retail Week in an interview about his departure that handing over the reins now gives him a “four to five year period where I can do something full on”.

He added: “At this point, similar to other retiring chief execs, we all start from the assumption we want to do another chief executive role and that is probably where my head is at the moment.

Cheshire’s comments come following intense speculation that he is a frontrunner for the Tesco chairman role after the decision by incumbent Richard Broadbent to step down.

Broadbent revealed he would resign in October as Tesco revealed the results of an internal investigation into accounting irregularities at the company.

The lack of retail experience held by new chief executive Dave Lewis and outgoing chairman Broadbent has led to speculation that Tesco needs to bring in a new chairman with a deep grounding in the retail industry.

Cheshire said: “It is a very out-of-body experience finding yourself being volunteered for something you haven’t put your hand up for. My starting assumption is I will probably do something more full time rather than chairman. At 55-years-old is it a bit soon to go off and be a chairman? I will see what comes my way and then I will have to make a decision.”

Cheshire is being replaced as Kingfisher group chief executive by Veronique Laury today and will resign as director of the company on January 31.

Interview: Kingfisher boss Sir Ian Cheshire on his legacy as he leaves the stage