Harold Tillman, owner of Jaeger and Aquascutum and chairman of the British Fashion Council, has been awarded a CBE in the Queen’s Birthday Honours list. 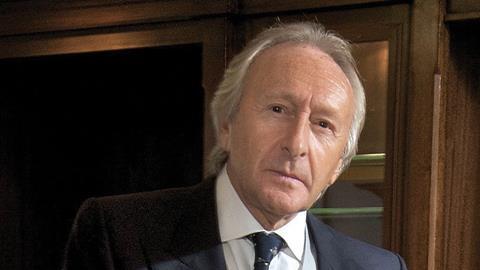 Tillman said that he was “absolutely delighted” to receive the news of his Commander of the Order of the British Empire (CBE) and added: “This is a great honour and reflection of the tremendous work of those people around me who represent great British fashion.”

Tillman has long been a high-profile supporter of British fashion and is widely credited with bringing the “buzz” back to the London fashion scene by using his powerful connections to bring high-profile labels such as Burberry and Matthew Williamson back to London Fashion Week (LFW) for its 25th anniversary last year.

Since buying the then loss-making Jaeger in 2003, Tillman has driven the company back to profit and repositioned it as a British heritage brand. He also took a high street label to the LFW catwalk for the first time with the launch of sub-brand Jaeger London.

He secured the future of British heritage label Aquascutum when he bought the company from its Japanese owner in September 2009, vowing to return it to glory. Last month he employed home grown talent Joanna Sykes as design director.

Always an innovator, Tillman was the first British retailer to use a celebrity to promote a brand, linking up with footballer George Best in 1967. He also gave Paul Smith his break.

In 2005, Tillman bought Allders of Croydon, the third-largest department store in the UK. He also owns a 60% stake in designer footwear label Beatrix Ong.