Sir Ken Morrison, one of the most highly regarded retailers of the post-war era, has died. 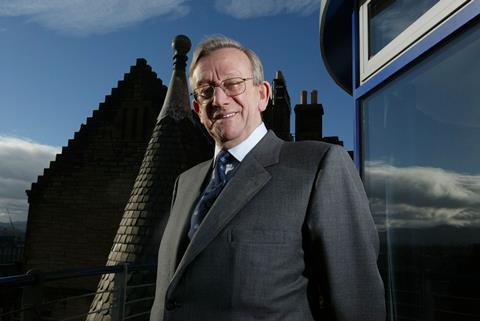 Morrisons, the grocer he built from a small business into one of the big four supermarket groups, revealed the news.

Morrisons said: “Sir Ken was an inspirational retailer who led Morrisons for more than half a century, transforming the company from a small family business into the UK’s fourth largest food retailer.

“Sir Ken will be greatly missed by many thousands of his current and former colleagues, a large number of whom became close personal friends over the years.”

Morrisons chairman Andrew Higginson said: “I know that I speak for the whole company when I say how profoundly sad we were to hear of Sir Ken’s death.

“He was an inspirational leader and the driving force behind Morrisons for over half a century. Although he retired several years ago, his legacy is evident every day and in every aspect of our business.

“Taking Morrisons from a small Bradford-based family business to a major UK grocery retailing chain is an outstanding achievement in the history of UK business.

“On a personal level, Ken was an enormous help to me as we made some significant changes to set the business on a new course; his knowledge of retail and his strategic insights have remained as relevant and intuitive as they were when he first built the business.

“Ken will be remembered by us all for his leadership, his passion for retailing and for his great love of Morrisons.

“To honour his memory in the most appropriate way we can, we will continue to develop the company that he built and loved.

“We will miss his friendship and his wise counsel very deeply, and our thoughts are with his family at this difficult time.”

Sir Ken was Morrisons chairman until 2008.

He was awarded the CBE in 1990 and knighted in the Millennium New Year’s Honours list for his services to the food retailing industry.

In 2008 he was awarded the Outstanding Contribution to Retail Award at the Retail Week Awards, and in 2011 he presented the same award to Sir Terry Leahy.