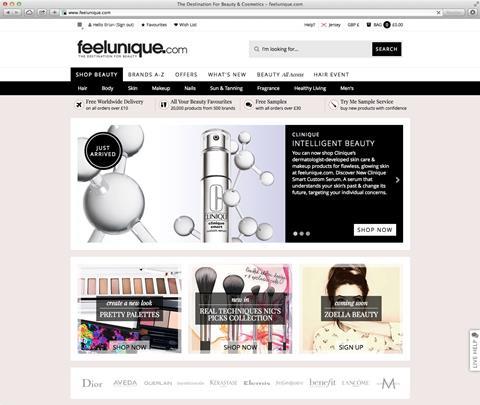 Lawmon will begin at the online health and beauty retailer from January 2015, heading up a new commercial team responsible for planning and delivering growth strategies.

Lawmon said: “I am thrilled to be joining feelunique.com, which for me is the most exciting and dynamic beauty business in the industry right now.

“It has an amazing brand portfolio, all of which I’m relishing the opportunity to work with and help deliver a world-class proposition for their customers.”

Lawmon was at the Fragrance Shop for five years and has previously also worked at Debenhams and Alpha Retail.

Feelunique.com’s chief executive Joël Palix said: “We are delighted to welcome Nigel to the business, he not only brings with him great experience and in-depth knowledge of the industry, but will be an asset to the company, furthering the vast progression and success of feelunique.com.”

Until Lawmon takes up the new role Suzie Thomas, who formerly held roles at M&S Beauty and Debenhams, will take on the role as interim commercial director, leading the team through the peak Christmas trading period.

Feelunique has been bolstering its team since it was acquired by Palamon Capital Partners and Sirius Equity in December 2012. Palix joined the retailer in January and in April former Wiggle chief financial officer Jim Buckle was hired as chief operating officer.