Former Marks & Spencer chairman and chief executive Sir Richard Greenbury has died at the age of 81. 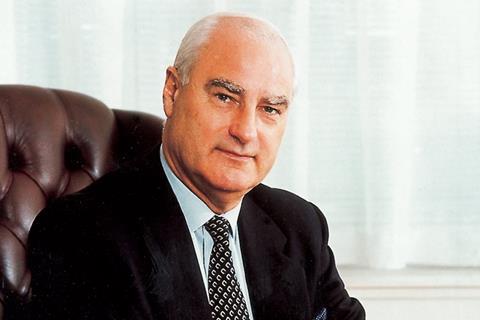 Greenbury joined the high street stalwart at the age of 16 as a management trainee, earning just £4 a week at the time.

But he went on to spend 46 years with the business, rising through the ranks to become chief executive.

Greenbury was made the youngest director in M&S history in 1972, 20 years after joining the retailer.

By 1978, Greenbury had worked in every area of the business, including food, property and clothing.

In 1988, Greenbury succeeded Derek Rayner as chief executive and took on the role of executive chairman three years later.

The roles of chief executive and chairman were split again in 1999 when he stepped up to become chairman.

But he resigned less than five months later, in June 1999, departing a year ahead of schedule.

At the time, Greenbury said it had been “difficult to step into the role of non-executive chairman” after so many years at the helm.

Speaking on behalf of M&S, its chief executive Steve Rowe said: “We are very sad to hear of the passing of our former chairman, Sir Richard Greenbury.

“He will be fondly remembered as one of the great retailers of our time and was a much-loved member of the M&S family.

“I reflect happily on my time with Sir Rick – we met most recently a few weeks ago when he spoke passionately about the business.

“He will be greatly missed in many ways, but particularly for his large personality, his rich M&S insight and of course, his famous ‘Rickograms’, which were delivered frequently and with gusto.

“Our thoughts and deepest sympathies are with Sir Rick’s family at this time.”