Amazon has started paying corporation tax in Britain rather than Luxembourg after it came under fire for avoiding tax. 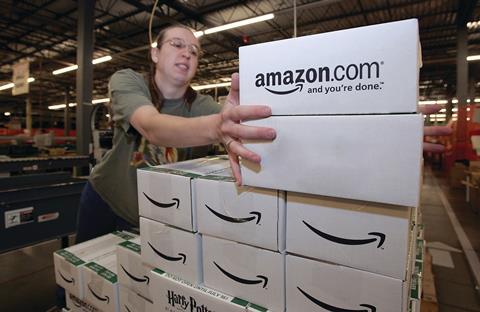 Amazon has changed how it pays corporation tax after establishing a London branch of its main retail company. It had previously been based in Luxembourg, a tax haven.

It means that HM Revenue & Customs will now be able to claim taxes on all sales made in the UK by Amazon – but the etailer warned that the tax payments are unlikely to be big.

At the same time Amazon’s top two executives in the UK have stepped down as directors. The etailer’s managing director for the UK, Christopher North, and finance director Rob McWilliam, who joined from Asda two years ago, both resigned from the board of Amazon.co.uk earlier this month.

North will remain head of Amazon in the UK, while McWilliam’s job title has changed to vice president of consumables.

North’s place on the board has been taken on by UK operations director John Tagawa, while McWilliam has been replaced as finance director on the UK board by accountant Phaedra Andrews.

The change to Amazon’s tax arrangements comes after it was heavily criticised for routing its sales through Luxembourg, a measure that helped it avoid UK corporation tax.

An Amazon spokesman said: “More than two years ago we began the process of establishing local country branches of Amazon EU Sarl, our primary retail operating company in Europe.

“The local country branch for the UK became official on May 1 and Amazon EU Sarl is now recording retail sales made to customers in the UK through the UK branch.  Previously, these sales were recorded in Luxembourg.”

But Amazon has stressed that corporation tax is based on profits not revenues, after it reported a loss of $403m (£260m), suggesting that its payments would not be big.

It also defended itself by highlighting the low margins associated with eccomerce and the heavy investment it is making in the business across the globe.