Outlet mall developer McArthurGlen has unveiled plans for its first UK airport operation, in Glasgow, and is in talks to secure a further wave of sites across the country. 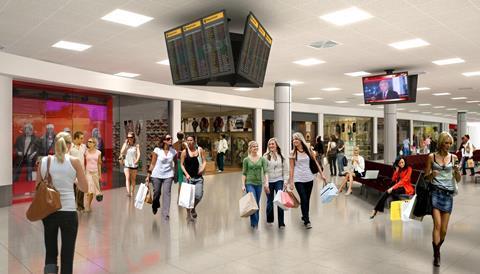 McArthurGlen was handed the keys last week for the space at Glasgow Airport, where it will develop 11 retail units under a full-price store concept that it already operates in three airports on the continent.

It is the first time BAA, which owns the airport, has called on an outside operator to manage space at any of its seven UK airports. The extended space will add to the retail already at the airport, which includes La Senza, Boots and WHsmith.

The Collezioni concept was debuted at Marco Polo Airport in Venice last year, since when McArthurGlen has rolled it out at Porto Airport in Portugal and Dublin Airport.
When Collezioni launched in Venice it featured brand names including Valentino, Brooks Brothers, Marlboro Classics and Diesel in the 15,000 sq ft space.

McArthurGlen is already in talks with retailers interested in opening in the space, but it declined to reveal any names. The operator’s chairman of luxury retail Brian Collie, whose background is with BAA, said that the company was targeting “mid-market to high-end fashion brands, sportswear and casual ski-wear”.

Collie said the space is due to be trading by Christmas and is designed to attract the 4 million departing passengers going through Glasgow Airport every year. The majority of these are in the ABC1 category, and just under half are aged between 18 and 44 years old.

He added: “When you combine a vibrant city, a stylish airport, great brands and customers obsessed with fashion, Glasgow makes the ideal location for Collezioni.”

It is not known which airports McArthurGlen is in talks over for further UK expansion, but Collie confirmed that there were three potential sites under discussion.

He added that the developer intends to steadily expand the concept across Europe, with around 10 more airports likely to be added to the portfolio in the next three years.